Malaysia calls on UN to act on Rohingya atrocities 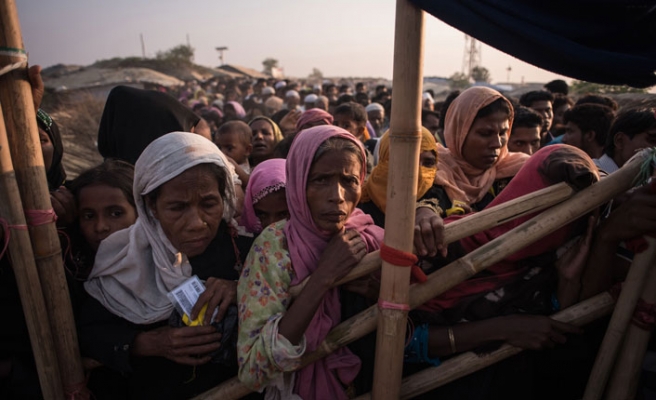 Malaysia called on the United Nations Security Council to establish an international judicial mechanism to try those responsible for crimes against Rohingya and other minorities in Myanmar, local media reported.

Kennedy Jawan, Malaysian Foreign Ministry multilateral affairs deputy secretary-general, has voiced his concern to the international community over the atrocities against Rohingya in Myanmar, local daily Malay Mail said in a report.

Referring to the international laws, Jawan noted that the Myanmar government has a basic responsibility to act against crimes committed on minorities in the country.

“All of us should, therefore, use our leverage to urge Myanmar’s Independent Commission on Enquiry on Rakhine State to bring all perpetrators of gross human rights violations to justice,” said Jawan, quoted in the daily.

“To that end, the international community cannot, and should not, stand idle as we witness the human catastrophe which has besieged the Rohingya unfold before our very own eyes,” he added.