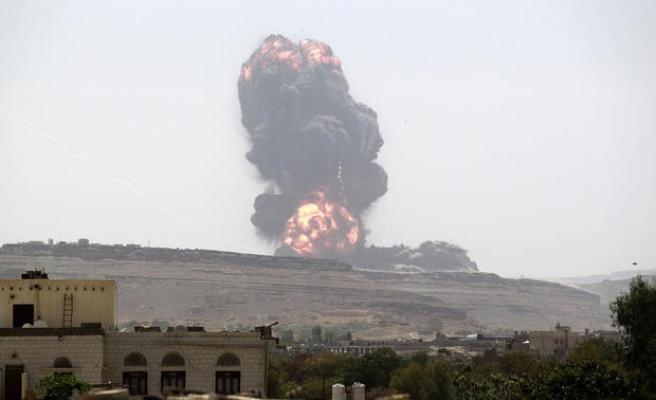 Malaysia has denied reports of its army’s involvement in a Saudi Arabia-led military coalition operating in Yemen, insisting it is only participating in a military drill in the kingdom’s north.

Defense Minister Hishamuddin Hussein said Tuesday that Malaysia had not joined an Arab coalition that has been waging a military campaign since March against Shia Houthis militias who forced Saudi-backed President Abd Rabbu Mansur Hadi and his government to flee Yemen’s capital.

"Despite Malaysia's strong position to combat any form of extremism, the Royal Malaysian Army is not involved in any military operations in Yemen," he said in a statement.

He confirmed, however, that Malaysia’s would participate in an exercise dubbed “Northern Thunder” to be held in northern Saudi Arabia with 18 other Arab and Muslim countries until early March.

Malaysia is part of a 34-member Coalition formed by Saudi Arabia to battle “terrorism” in Muslim countries last December.

Hussein insisted Tuesday that Malaysia’s participation had no connection with the Saudi-led operations aimed at reversing Houthi military gains in Yemen and restoring Hadi’s embattled government, as such war games had been held over the past 15 years.

"The Malaysian forces were invited by Saudi Arabia to participate in the training and to take advantage of the vast knowledge of military operations to be deployed during the process,” he said.

"This is the first time Malaysia is participating in this type of training. But we will continue to collaborate in areas that we can to sharpen our forces," he added.

The official Saudi Press Agency has described the military drill – which will involve army, navy and air forces – as “the most important and the biggest in the history of the region.”

It said the training “represents a clear message that Saudi Arabia and its brothers and friends of the participating countries stand united to confront all challenges and maintain peace and stability in the region.”

In addition to its operations in Yemen, the oil-rich Gulf monarchy is also part of a United States-led anti-Daesh coalition, under which Saudi military jets have recently arrived at Turkey's Incirlik air base in southern Adana province.

Riyadh has openly warned Syrian President Bashar Assad that he will be toppled.

Military spokesperson Brigadier Ahmed al-Assiri told Al Arabiya television network Sunday that the aircraft would be used in joint operations in Syria, refusing to give the exact number of Saudi warplanes now in Turkey but assuring more would be deployed.

Malaysia is not the first country where reports on involvement in Saudi initiatives have resulted in confusion among the public.

In December, Pakistani Foreign Secretary Aizaz Chaudhry expressed surprise to hear that Saudi Arabia had declared it a part of the 34-nation "anti-terrorism" alliance headquartered in Riyadh.