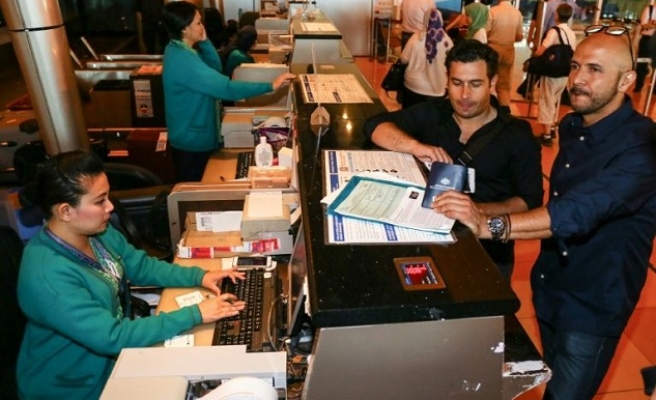 The duo -- journalist Linton Besser and cameraman Louie Egrolu – were detained by Malaysian police Saturday after allegedly passing through security lines to interview Razak during the premier’s visit to a mosque in eastern Sarawak state.

Malaysia's attorney general, however, dropped the charges against the men after Australian Foreign Minister Julie Bishop said her government would place diplomatic pressure on Malaysian authorities for their release.

"I'm always concerned when there are instances of a crackdown on freedom of speech — in democracies particularly," she said Monday.

The news crew, whose lawyer spoke with Anadolu Agency, expressed relief Tuesday for having escaped charges of obstructing a public servant from discharging his public duty.

Besser and Egrolu, who work for the Australian Broadcasting Corporation or ABC, would have faced two years in jail or a fine of 10,000 Ringgit ($2,400), or both, if they were convicted.

Their lawyer Albert Tang insisted that police had been wrong to detain the journalists as they had only been carrying out their duty by asking questions to Razak.

"I do not see anything unlawful in that. Even local reporters will try to ambush ministers while on official work duty here,” he told Anadolu Agency by phone.

“Are all of them getting charged?" He added that if the charges had eventually been presented in court, the case would have been dismissed due to its “weak charges”.

Tang, however, confirmed that the duo had been questioning Razak on an alleged $681 million political donation from Saudi Arabia found into his personal bank accounts, as part of a production investigating the corruption claims.