Malaysian Foreign Minister opposes statement by ASEAN: Does not represent reality, did not mention Rohingya Muslims 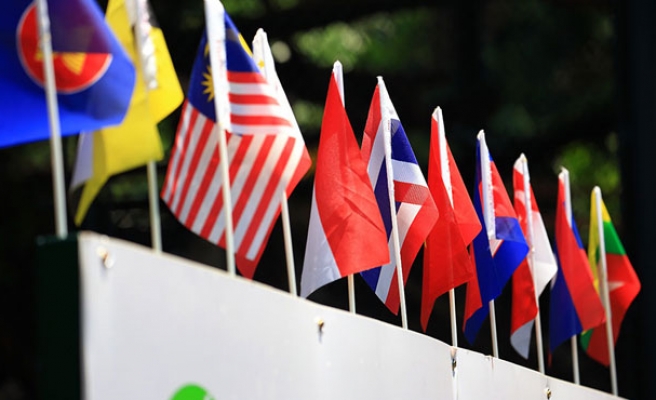 They expressed “concern over the recent developments in Northern Rakhine State of Myanmar” saying it does not depict the reality and did not mention the persecuted Rohingya Muslims.

The statement issued by Cayetano at the sidelines of the ongoing United Nations General Assembly in New York did not reflect Kuala Lumpur’s concerns, said Malaysian Foreign Minister Anifah Aman.

“Malaysia would like to disassociate itself with the Chairman Statement as we are of the view that it is a misrepresentation of the reality of the situation,” Aman said as quoted by GMA News.

“Malaysia has made known its concerns but they were not reflected in the Chairman Statement,” he added.

Aman disputes that the Chairman’s statement, having disregarded its inputs, “was not based on consensus.” It has also omitted the Rohingyas in the affected communities in the Myanmar crisis.

“Malaysia expressed grave concerns over such atrocities which have unleashed a full-scale humanitarian crisis that the world simply cannot ignore but must be compelled to act on,” said Aman.

“Malaysia strongly urges the government of Myanmar to end the violence, stop the destruction to lives and properties, allow immediate unimpeded access for the delivery of humanitarian aid to the Rohingyas and all affected communities, and to resolve the Rohingya refugee problem,” he added.

“Viable and long-term solutions to the root causes to the conflict must be found in order for the Rohingyas and the affected communities to be able to rebuild their lives.”

Being the current chair of the ten member-nation regional bloc which is composed of countries such as Brunei, Cambodia, Indonesia, Laos, Malaysia, Myanmar, the Philippines, Singapore, Thailand, and Vietnam, Manila has the option to set the language in the issuance of Chairman’s statements unlike the joint communique wherein contents are argued and negotiated by the members.

Malaysia’s opposition came as a surprise as the ASEAN has relied greatly on the principle of consensus.

Cayetano, on behalf of the ASEAN, ”expressed concern over the recent developments in Northern Rakhine State of Myanmar” and “condemned the attacks against Myanmar security forces” and “all acts of violence which resulted in loss of civilian lives, destruction of homes and displacement of large numbers of people.”

“Foreign Ministers acknowledged that the situation in Rakhine State is a complex inter-communal issue with deep historical roots,” said the Chairman’s statement.