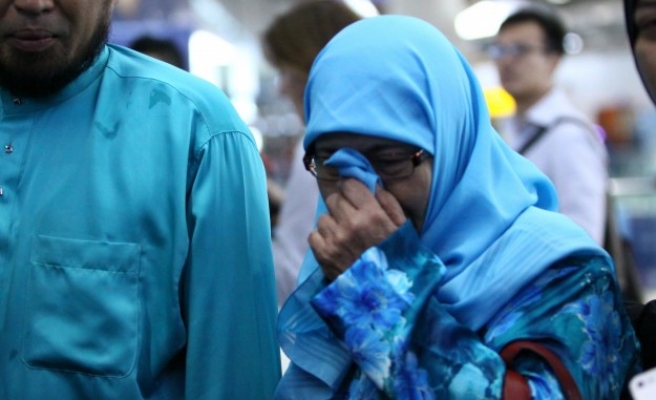 Malaysia has expressed disappointment in Ukraine and pro-Russian rebels in the eastern city of Donetsk for not fulfilling their promise of ensuring a safe gateway for Malaysian investigators to Flight MH17’s crash site.

In expressing his dismay Friday, Transport Minister Liow Tiong Lai said Malaysia had repeatedly pleaded with both parties for a ceasefire and to be allowed to investigate the area where the flight crashed after its suspected downing.

“But a promise remains as a promise. We have not seen any improvements on the ground,” he told a press conference.

Liow said the investigation team from Malaysia and other parties had tried twice to access the crash site, but both attempts failed after shooting warnings were issued by unidentified parties.

While declaring that chances of the Malaysian team entering the crash are becoming slimmer by the day due to winter approaching in Ukraine, the minister assured that Malaysia will push all parties to force a ceasefire and to create a route of safe passage within the small window of time.

On Thursday, Malaysian Prime Minister Najib Razak met Ukrainian Prime Minister Arseniy Yatsenyuk at the sidelines of the United Nations General Assembly in New York, but even Yatsenyuk remained non-committal on when investigators could re-enter eastern Ukraine before winter.

Najib said the Ukrainian premier had instead put the blame on pro-Russian separatists for continued fighting in the area.

“Ukraine couldn’t give us the commitment. We just have to depend on them. The fighting is still going on and he [Yatsenyuk] said it is impossible for us to enter,” Najib had said.

“He could not offer anything concrete or clear with regards to the timeline on when we can enter,” he added.

Liow said Friday that the Ukrainian government must keep their promise as the investigative team still has an uphill task to complete.

“Body parts might still be there. The aircraft wreckage is also at the crash site. We need the wreckage to undertake in-depth study into the whole incident,” he added.

The minister stressed that while Malaysia does not want to become involved in the geo-political situation in eastern Ukraine, the crash site should be viewed as the grounds of an international tragedy.

“Malaysia should be given the priority. We do not want to be dragged into their own problems,” he added.

The Kuala Lumpur-bound flight from Amsterdam crashed July 17 in the Donetsk region near the border with Russia, killing all 298 people – 283 passengers and 15 crewmembers - on board.

According to a preliminary report by Dutch authorities released in early September, the aircraft had been penetrated from outside by a large number of high-energy objects, leading PM Najib to stress the need for a detailed investigation to confirm the report’s finding.

Neither of the parties involved in armed disturbances in the area -- Ukraine or pro-Russian rebels -- have come forward to claim responsibility for the suspected attack.