The Malay government has identified 18 organizations as terror groups, among them ISIL, Liberation Tigers of Tamil Eelam, Boko Haram and Abu Sayyaf 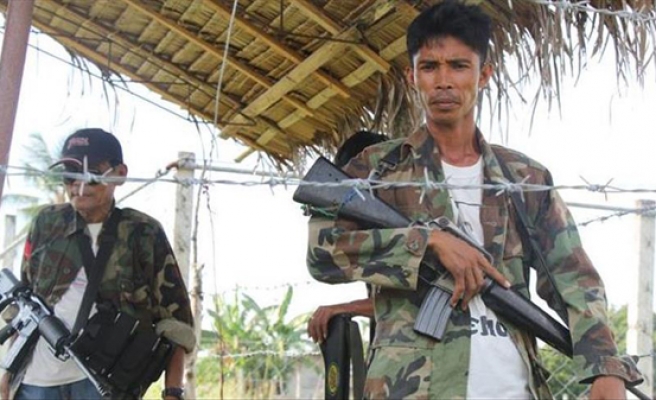 Malaysia has identified 18 international terror organizations as of particular danger to its security, ordering stringent checks at all entry points and borders to be tightened, a top government official said Wednesday.

Deputy Prime Minister Ahmad Zahid Hamidi said the government is now keeping a close watch on the groups -- the first time the country has issued such a list.

"To-date, there are about 391 organizations or groupings worldwide which are categorized as terror groups by the United Nations Security Council," Hamidi, who is also the Home Minister, told reporters at Parliament on Wednesday.

"The government has identified 18 organizations as terror groups. Among the organizations were ISIL, Liberation Tigers of Tamil Eelam Sri Lanka, Boko Haram and [the] Abu Sayyaf Group."

Asked if any further groups from the Middle East were on the list, a Malaysian Home Ministry spokesperson would neither confirm or deny if they were included.

"Other names than the four mentioned cannot be revealed for security reasons," the spokesman told Anadolu Agency.

He did not wish to be named due to ministry protocol.

Hamidi told reporters that outside of the 18 groups, security forces were also closely monitoring groups and organizations which are listed by other countries, including 59 listed by the U.S. State Department as terror outfits.

To combat any potential threat, Hamidi said that Malaysia has streamlined and strengthened existing laws and introduced new laws, which will allow security forces to increase observation, surveillance and restriction activities.

"We are now able to monitor towards any activities and relationship network established by the identified terror groups and its members," he said.

The minister added that he had ordered stringent inspection and security at all entry points and borders to be tightened.