Malaysia's opposition and rights groups issued an ultimatum to the government to reverse a recent fuel price hike by December or face a mass street protest. 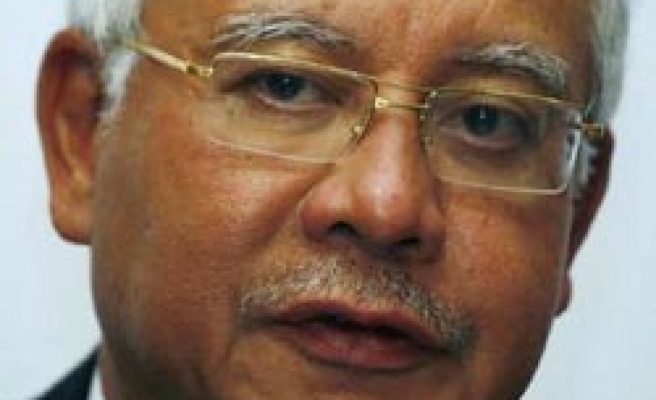 Malaysia's opposition and rights groups on Wednesday issued an ultimatum to the government to reverse a recent fuel price hike by December or face a mass street protest.

The demand by PROTES, a coalition of student and human rights groups as well as opposition parties, adds to pressure on the government of Prime Minister Najib Razak.

"We will use all available avenues to give the government the opportunity to do the right thing before we go to demonstrations," said Nurul Izzah Anwar, an parliamentarian and daughter of opposition leader Anwar Ibrahim.

The government on July 15 raised prices of the most popular blend of petrol by 2.7 percent and sugar by 15 percent. The move would save the government 750 million ringgit to stem a budget deficit that hit a 20-year high of 7 percent of gross domestic product last year.

The savings were a fraction of the 2.88 billion ringgit ($905.1 million) originally proposed by a government body tasked with subsidy reform and were delayed for months by a government wary of upsetting voters after record poll losses in 2008.

PROTES said it would launch an awareness campaign next month and issued the government with five demands that include re-instating the fuel, gas and sugar subsidies as well as introducing a minimum wage.

It said it would give the government until December 15 -- the end of the next parliament session -- to meet its demands or face a major demonstration in the capital.

According to government data, the country's IPPs were given 10.39 billion ringgit in 2009 in gas subsidies, with money going to the likes of YTL Power, Genting Power and Tanjong, among others.

"They do this without even touching the IPPs, they withdraw the subsidies to the people, this is what we are very much against," said Hatta.