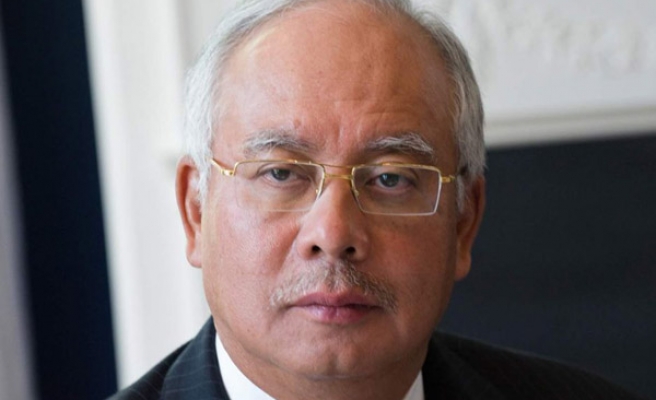 The Wall Street Journal (WSJ) has claimed that Malaysian Prime Minister Najib Razak received funds of more than $1 billion into his personal bank accounts -- a fresh allegation on top of last year's report that said that $700 million was discovered in his accounts.

On Tuesday, the newspaper quoted three sources familiar to ongoing international probes into a money trail involving state wealth fund 1Malaysia Development Berhad (1MDB) and Razak as saying that over $1 billion was transferred between 2011 and 2013 into the premier's personal bank accounts.

The money was allegedly inclusive of a $681 million deposit, later ruled to have been a political donation from Saudi Arabia to Razak to keep the ruling United Malays National Organisation (UMNO) in power in the 2013 general election.

"Most money beyond the previously identified $681 million arrived in 2011 and 2012," the WSJ quoted two people familiar with flows into Razak's accounts and a person familiar with one overseas probe as saying.

"As for the Malaysian Attorney-General's conclusion that the $681 million deposited to Najib's account was a Saudi royal-family donation, the international investigators have found no evidence any of this came from Saudi Arabia, according to those familiar with their probes," it added.

The paper also stood firm on last year's allegations that most of the money originated from Razak's brainchild 1MDB, and not from Saudi Arabia.

It did not provide any further details.

1MDB is currently being investigated for alleged corruption in several countries, including Switzerland, Singapore, Hong Kong and the United States.

In July 2015, international probes into the debt-ridden investment vehicle claimed that billions of Ringgit were channeled from the 1MDB to personal bank accounts belonging to the premier.

The WSJ and whistle blower site Sarawak Report released reports quoting documents, which they claimed to be from the ongoing 1MDB probe, claiming $700 million (or 2.67 billion Ringgit) moved among 1MDB-linked government agencies, banks and entities before finally ending up in Razak’s personal accounts in five separate deposits.

Razak immediately said that he had not swindled funds for personal gain -- as alleged by political opponents -- be they from 1MDB, the finance ministry's SRC International -- a former 1MDB subsidiary -- or other entities.

A month later, the Attorney-General Chambers ruled that the funds were political donations to the Razak-led UMNO for the party to remain in power during the last general election.

Politicians within UMNO proudly declared that the funds came from "Middle East Royals" who wanted UMNO to retain control.

Razak, however, kept silent on the matter, saying political donations were confidential and he would only reveal the donors if opposition parties agreed to follow suit.

On Jan. 26, Malaysia’s Attorney General Apandi Ali, ruled out wrongdoing by Razak in connection with the “political donation.

Saudi Arabia’s foreign minister, however, told the New York Times last month that he accepted the clearance decision, but expressed doubt about whether the funds were a political donation from Saudi rulers.

“It is a private Saudi citizen, I believe, and the funds went to an investment in Malaysia,” Adel al-Jubeir said in an interview.