The office of the Malaysian PM has denounced the allegation put forward by WSJ claiming that money deposits of nearly $1bn was transferred to his accounts. 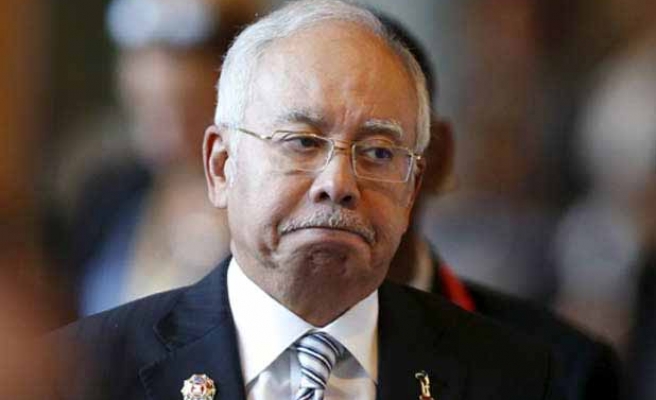 The office of Malaysia's scandal-plagued prime minister on Tuesday denounced a Wall Street Journal report which alleged that he accepted hundreds of millions of dollars that originated from a state firm he established.

The Wall Street Journal report, citing investigators in foreign countries and other anonymous sources with knowledge of the money movements, also said the sums received by Najib Razak may have topped $1 billion -- far more than previously thought.

The fund transfers to Najib -- first revealed by the Journal last July -- and allegations of huge sums pilfered from the state company have rocked Malaysian politics, prompting calls for Najib's ousting.

Najib, 62, and the company -- 1Malaysia Development Berhad (1MDB), an investment vehicle founded in 2009 -- have consistently denied wrongdoing but critics have accused both of failing to provide convincing proof.

Najib's office released a statement saying the newspaper had become a "willing vehicle" for those plotting to oust him.

It did not specify who was behind the alleged plot, but former prime minister Mahathir Mohamad has led calls for Najib to be removed.

"They (the newspaper) keep repeating the same old allegations without providing evidence; they keep relying solely on anonymous sources that might not even exist; and they keep choosing to omit key known facts," the statement said.

The statement did not directly refute the key allegations in the story.

It also repeated a Malaysian government claim that the money Najib received was a gift from the Saudi government.

No details have been given about the reason for the Saudi "personal donation", which has not been confirmed by the Saudi government and is widely derided inMalaysia.

1MDB also released a statement repeating its assertion that it had never given money to Najib.

The donations to Najib's personal bank account were made in 2013 just before a general election. The longtime ruling party squeaked through with its worst showing ever amid growing opposition to the government.

The donations were initially put at $681 million.

But the Wall Street Journal report said its investigations indicated they may have reached $1 billion. It said much of this originated from 1MDB and moved through a complex web of overseas financial entities, aided by officials in Abu Dhabi.

Malaysia's attorney general has said $620 million out of the $681 million was returned to the Saudis, without explaining why.

Since the scandals emerged last year Najib has purged critics in his government, detained whistleblowers, and clamped down on media reporting of the affair.

But US authorities are reportedly looking into 1MDB-related overseas fund flows, while Swiss, British, Singaporean and Hong Kong authorities have acknowledged scrutinising the affair.

Swiss authorities said recently they believe up to $4 billion may have been stolen from Malaysian state firms and have frozen millions in accounts linked to 1MDB, saying they were investigating possible fraud and money-laundering.