Malaysia police on alert for ISIL ideology in schools

Police commissioner warns certain religious schools identified as base for spread of ISIL beliefs and recruitment. 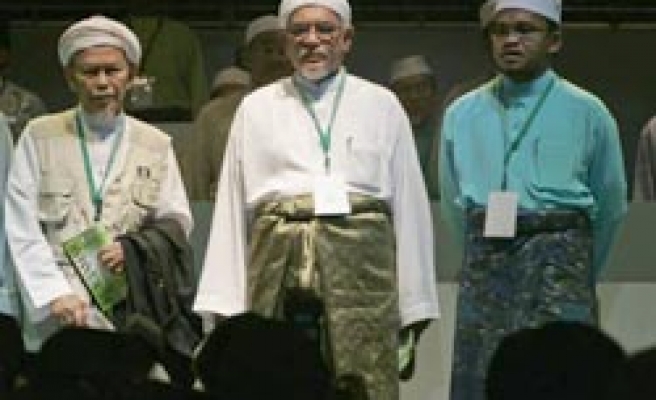 World Bulletin / News Desk
A Malaysian police commissioner has warned that the spotlight in the country's fight against militancy has fallen on religious schools, with "certain madrasah" under watch for spreading ISIL ideology.

Senior Assistant Commissioner of the Anti-Terrorism Police force Ayob Khan told The Anadolu Agency on Monday that religious schools have been identified as the base for ISIL militant members to spread their beliefs to students.

“They do not stop there. They are also having a recruitment system to bring more people to fight in Syria and many other IS [ISIL] bases worldwide,” he said in a telephone conversation.

Local dailies on Monday quoted Malaysian police Chief Khalid Abu Bakar as saying that they are closely monitoring such religious schools (madrasah) to track down those who attempted to indoctrinate young people into joining the ISIL in the Syria conflict.

Since February last year, the police have arrested 51 suspected Malaysian fighters trying to flee the country to join the ISIL.

On his birthday celebrations held in his home-state Kedah, the king said parents should play a vital role in preventing their children from joining in ideologies that shift them from their true religious beliefs.

"I hope that the religious authorities continue their work in strengthening the Islamic belief of the people, thus avoiding Muslims from deviating from their true beliefs," stressed the ruler.

ISIL has captured large swathes of land in Iraq and Syria, later declaring the territories under its control an Islamic "caliphate."

The U.S. and its allies began bombing ISIL targets inside Syria in late September, after conducting airstrikes in Iraq since August.