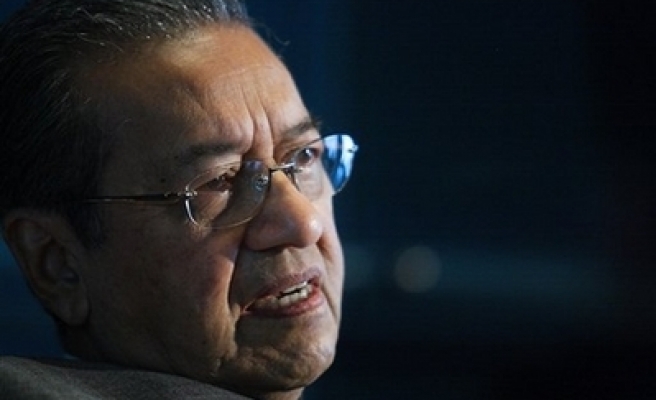 Former Malaysian Prime Minister Mahathir Mohamad has been questioned by police for public criticism of the government and its leader Najib Razak.

The country's longest serving premier of 23 years was questioned by a special team at his office in the capital Kuala Lumpur at 10.40 a.m. (GMT0240) Friday.

The probe followed Mohamad's criticism of Razak, and his calls for his ouster.

Speaking to reporters after the interview, Mohamad declined to divulge details but said it was up to the police if they want to arrest him.

"It is up to them," the 90-year-old said, according to the Star Online, before driven out of his office complex.

Mohamad also said he was not aware under which section of the law he was being probed.

Mohamed's lawyer Haniff Khatri Abdulla said the team had asked his client around 45 questions, to which he had answered most.

"Whatever he [Mohamad] needed to say or wanted to say was said during the questioning and that should be enough for the police," Abdulla said.

Mohamad has been leading calls for Razak's resignation over alleged mismanagement and corruption at the country's indebted state investment fund 1Malaysia Development Bhd.

During a huge anti-government rally two months ago, he referred to Razak as a "corrupt leader", said the people did not want him, and claimed the ruling party's top leaders were all paid to be loyal to him.

Mohamad was the leader of the ruling UMNO for 23 years. He was also Razak's mentor.