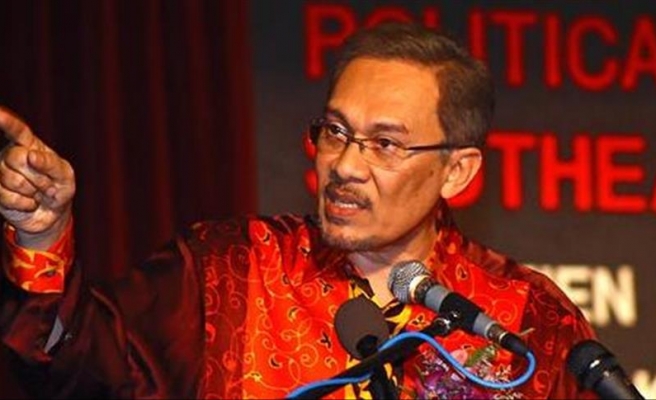 Malaysia's imprisoned opposition leader Anwar Ibrahim has called on all opposition parties in the country to cease their internal disputes and close ranks in order to provide a strong alternative to the ruling coalition in the 2018 general election.

Ibrahim warned in a letter from prison Saturday that internal feuds and differences among opposition parties will pave the way for an easy victory for the long-ruling National Alliance, or Barisan Nasional (BN), in coming by-elections and federal polls.

"Remember constantly that it is our moral duty to provide genuine alternative to the people. Put aside all differences, put aside internecine quarrels," stressed Ibrahim, who is currently serving a five-year sentence on sodomy charges that critics say are politically motivated.

"Bring up grievances in the proper forum, sit together and resolve matters," he added.

The remarks came after candidates from the United Malay National Organization (UMNO), the major political party in BN, won recent by-elections in the constituencies of Kuala Kangsar and Sungai Besar with stronger majorities.

“The opposition must look at this electoral outcome with humility, and take a hard look at our weaknesses. This is no time for excuses or blame," Ibrahim underlined.

According to observers, UMNO was able to win the latest polls by a wider margin due to a split in opposition votes between the Malaysian Islamic Party (PAS) and its splinter group National Honest Party.

The National Honest Party was founded last year after PAS severed ties with other opposition parties, the Democratic Action Party and Ibrahim’s People's Justice Party, after they disagreed with its proposal to implement hudud -- or Islamic penal code -- in an opposition-controlled state.

The dispute resulted in the disbanding of the People's Pact opposition alliance in July 2015 and the formation of a new coalition called the Hope Pact that excluded PAS.

Since the disputes, PAS has been improving ties with its traditional rival, the UMNO led by Prime Minister Najib Razak, whose government has directly helped PAS table a parliamentary motion to amend the Federal Constitution to enable the implementation of hudud in northeast Kelantan state.

The amendments were read for the first time in the last lower house sittings in May and are expected to be deliberated in the upcoming session in October.

Ibrahim has been the main opponent of the BN-led coalition -- which has ruled Malaysia since independence in 1957 -- since falling out with the government in the late 1990s.

The 2013 election saw his opposition coalition come close to unseating the government in what Ibrahim dubbed the "worst electoral fraud in our history”.