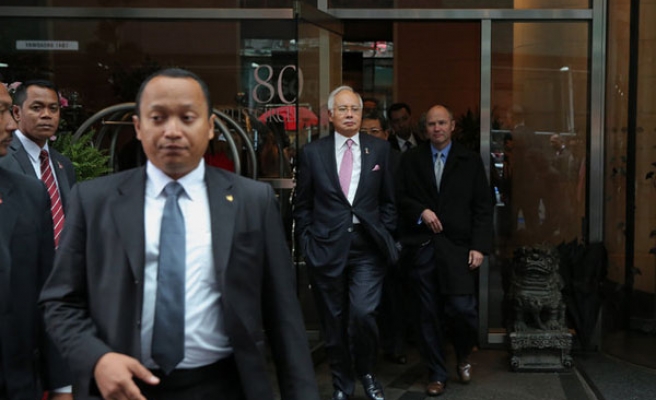 While a political storm has raged around Najib for months over alleged corruption and mismanagement at indebted state-fund 1Malaysia Development, opposition parties have been in disarray.

Amid mounting calls for Najib to quit, rival parties have conme together once again, this time without the main party whose push for the introduction of an Islamic penal code had caused the previous alliance to break apart in June.

The People's Justice Party, led by jailed opposition leader Anwar Ibrahim, and the largely ethnic Chinese Democratic Action Party (DAP) has this time joined hands with the small, newly-formed Parti Amanah Negara, whose members had broken away from the main opposition party.

Led by Anwar, the previous alliance, including the main party, Parti Islam se-Malaysia (PAS), inflicted the worst ever result on Najib's ruling coalition in the 2013 election.

In February, Anwar was sentenced to a five-year jail term after a sodomy conviction that he and independent observers said was politically motivated.

"The crisis this country faces has encouraged the opposition parties to unite and more effectively fight UMNO and Barisan Nasional," Wan Azizah told a news conference.

"We want to change the government and the institution of governance that is giving the prime minister ways and means to abuse it," said Wan Azizah.