An explosion hit a speedboat carrying the President of the Maldives and his entourage, injuring the first lady and two other people in late September. 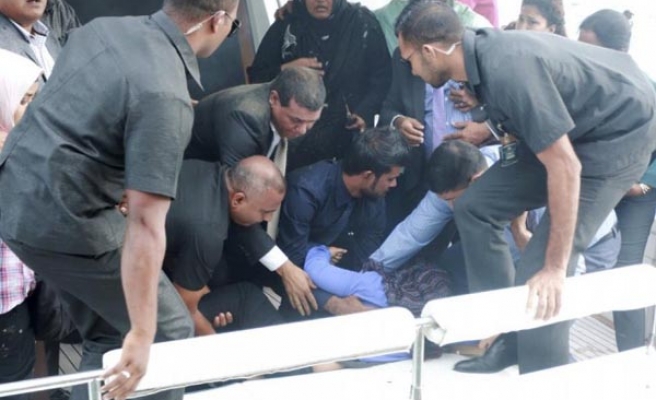 Maldivian authorities on Saturday arrested the nation's Vice President Ahmed Adeeb over a plot to assassinate President Abdulla Yameen, who escaped death after his boat was hit by a bomb, the home minister said.

Yameen had appointed his deputy Adeeb, 33, three months ago after impeaching his original running mate Mohamed Jameel, also on charges of treason.

Ten days ago, Yameen sacked his defence minister Moosa Ali Jaleel after the explosion aboard his speed boat as he returned home after a pilgrimage to Saudi Arabia.

Maldivian authorities have arrested two security personnel who had access to Yameen's boat but have yet to disclose what caused the explosion.

The security shake up followed a reshuffle of key officials in the wake of the September 28 explosion aboard Yameen's boat, as he was about to disembark at the capital island Male.

The Maldivian leader was unhurt in the blast but his wife and two others suffered minor injuries.