The Philippines air dropped food and water to soldiers stationed on a grounded transport ship on the disputed Second Thomas Shoal, after China blocked two Filipino supply ships from reaching the troops 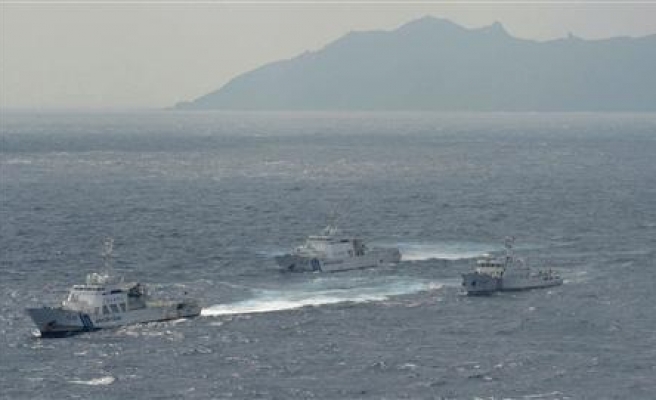 The Philippines air dropped food and water to soldiers stationed on a grounded transport ship on the disputed Second Thomas Shoal, after China blocked two Filipino supply ships from reaching the troops, a senior navy official said on Wednesday.

Beijing claims Manila is trying to start construction on the disputed reef after it ran aground an old transport ship in 1999 to mark its territory and stationed marines on the ship. Manila claims the Shoal is part of the Philippine's continental shelf.

"We only intend to improve the conditions there, we have no plans to expand or build permanent structures on the shoal," said a Philippines navy official, who declined to be identified because he was not authorised to speak to the press.

"On Monday, we sent a navy Islander plane to drop food and water but it will only last a few days. We really have to send back the civilian boats. Since last year, we've been resupplying our troops using civilian ships to avoid confrontation and this was the first time China blocked them."

On Tuesday, Manila summoned the second highest Chinese embassy official to handover its strong-worded protest, calling the blockade "a clear and urgent threat to the rights and interests of the Philippines".

"The Philippines' motive in trying to illegally occupy Ren'ai reef and create incidents in the South China Sea is abundantly clear. China calls on the Philippines to stop all its provocative actions," he added.

Beijing's claim over islands, reefs and atolls that form the Spratlys, a group of 250 uninhabitable islets spread over 165,000 square miles, has set it directly against U.S. allies Vietnam and the Philippines, while Brunei, Malaysia and Taiwan also lay claim to parts of the South China Sea.

The South China Sea provides 10 percent of the global fish catch, carries $5 trillion in ship borne trade a year and its seabed is believed to be rich with energy reserves.