"I am not capable of handling hostage situations," Interior Undersecretary Rico Puno who headed the national crisis committee for the bus hostage said. 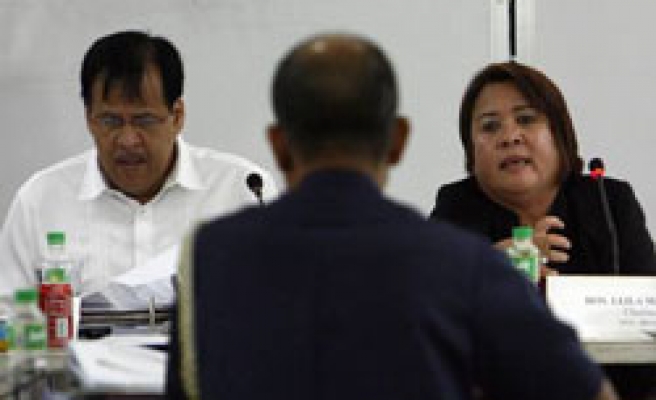 Philippine President Benigno Aquino took responsibility on Friday for last week's botched bus hijack rescue attempt, in a bid to deflect demands for the resignation of the interior minister.

Eight tourists from Hong Kong died after police commandos stormed the bus in a Manila park and killed the hijacker, a disgruntled former policemen.

Authorities have opened an investigation into the rescue operation which drew criticism at home as well as in Hong Kong.

"At the end of the day, I am responsible for everything that has transpired," Aquino told reporters amid calls from the opposition and his own allies that Interior Minister Jesse Robredo step down.

Aquino, in power for more than two months, said he would directly supervise the country's police force, adding he was awaiting results of a high-level inquiry which opened on Friday to determine accountability for the police operation.

Civilian and police officials who appeared at the inquiry said there had been operational lapses in negotiations to free the Hong Kong tourists held hostage by the sacked police captain seeking reinstatement.

"I am not capable of handling hostage situations," Interior Undersecretary Rico Puno who headed the national crisis committee for the bus hostage said.

Puno said the crisis committee believed that the Manila police could resolve the crisis because the negotiations were going on smoothly in the initial stages, describing the hostage-taker as "cooperative".

General Jesus Verzosa, head of the national police, said the operational manual for handling hostage situations should be reviewed, particularly the procedure for foreign captives.

Verzosa also admitted tactical lapses, including failure to control the crowd and handling media coverage of the incident. Various television networks were beaming live images of the police assault on Aug. 23.