The hostage taker was holding 15 people. 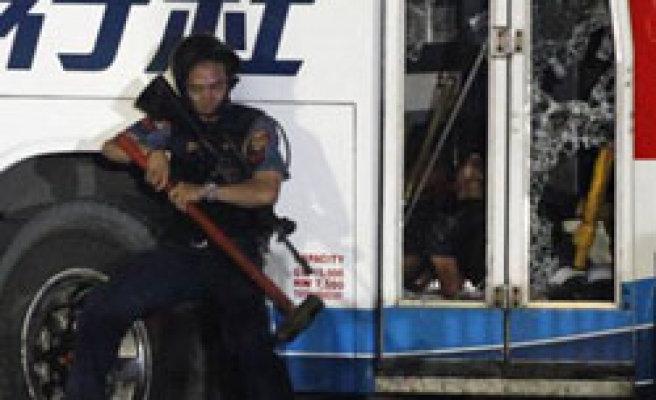 A special action team of the Manila police ran towards a bus held hostage by a former armed policeman and broke the glass windows, television footage showed.

A series of gunshots were later heard in the vicinity of the bus. The hostage taker was holding 15 people.