Local officials blamed militants for Wednesday's carnage as explosion hits a crowd watching a military parade in a city in northwestern Iran. 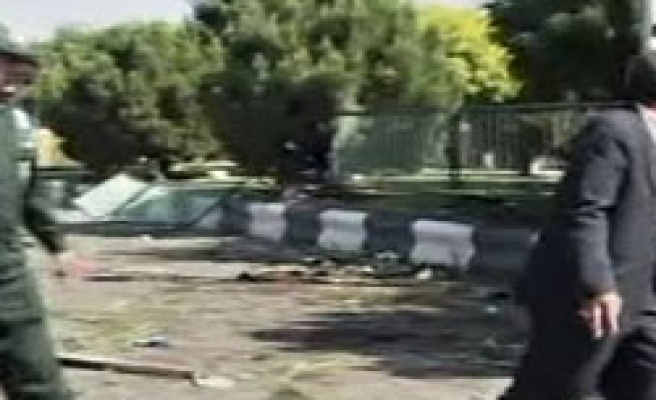 Ten people were killed and dozens injured when a bomb exploded among a crowd watching a military parade in northwestern Iran on Wednesday, and a local official blamed anti-revolutionary militants.

Some 35 people were wounded, 15 critically, in the blast in the city of Mahabad, the ISNA news agency reported. There was no immediate claim of responsibility.

"This bomb was a time-bomb planted on a tree among the people and it went off at 10:20 (0650 GMT)," the website of state-run television IRIB quoted a military official as saying.

"The bomb exploded around 50 metres (160 ft) from the podium, said Vahid Jalalzadeh, the provincial governor of Iran's West Azerbaijan province. "Because of that two high-ranking military officials' wives were martyred," he said.

Bomb attacks like this are rare in the region but PJAK militants have been active in the past in the region which borders Iraq and Turkey.

"Counter-revolutionary groups, by inserting themselves among the people attending the armed forces parade, showed their heinous face," Jalalzadeh was quoted as saying by the semi-official Mehr news agency.

No casualties were reported among the military personnel and political dignitaries attending the annual parade -- one of several held across the country to commemorate Iran's eight-year war with Iraq in the 1980s.