Many killed in Pakistan's Quetta blast

The attack targeted and wounded a brigadier of a paramilitary unit involved in Pakistan's capture of Younis al-Mauritani and two other al Qaeda operatives in Quetta in an operation announced on Monday. 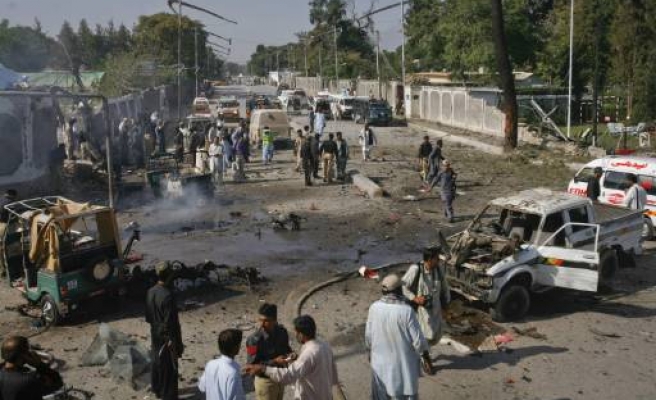 Suicide bombers targeting a paramilitary brigadier killed at least 20 people in the Pakistani city of Quetta on Wednesday, apparently to avenge the capture of an al Qaeda leader, a security official said.

The attack targeted and wounded a brigadier of a paramilitary unit involved in Pakistan's capture of Younis al-Mauritani and two other al Qaeda operatives in Quetta in an operation announced on Monday.

"Our fidayeen (suicide bombers) have carried out this attack. It is a revenge for the arrests of our brothers in Quetta," Taliban spokesman Ehsanullah Ehsan told Reuters by telephone from an undisclosed location.

"If they make more arrests then the reaction will be much more forceful."

"This (Wednesday's) attack has all the hallmarks of the Taliban. It seems to be revenge for the arrest of al-Mauritani," said a senior security official.

Intelligence officials put the death toll from the Quetta attack at about 25. Sixty-one people were wounded.

The head of one of the suicide bombers had been found, and the features indicated he may have been from Afghanistan's Tajik ethnic group, said the senior security official.

One of the suicide bombers blew himself up in a vehicle packed with explosives near the car of the deputy head of the paramilitary Frontier Corps in Baluchistan, Farrukh Shehzad.

The other suicide bomber struck inside his house. The dead also included a colonel in Pakistan's paramilitary forces and seven of Shehzad's guards. The explosions brought down the walls of his house and nearby offices.