Months of clashes due to end as terrorists hold only 2 hectares in Marawi city, says Defense Secretary Delfin Lorenzana 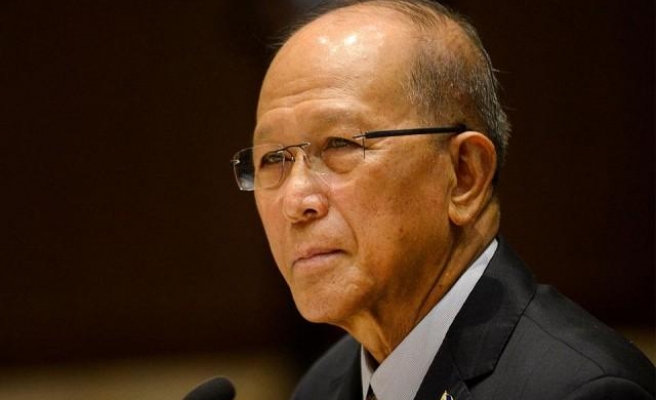 The Philippines defense chief on Wednesday expressed confidence that months of clashes between government troops and the ISIL-linked Maute militants in Marawi city would be over within three days.

"The ground commanders told me that the Marawi conflict could end before the month ends,” the Philippine News Agency quoted Defense Secretary Delfin Lorenzana saying in Tagalog.

Lorenzana, who is also a martial law administrator, told reporters in Manila that the area the terrorists are holding is shrinking, from 10 hectares a week ago to just about a couple of hectares now.

"Our ground commanders told us that they could finish the crisis by the end of the month. So we have three days to do the job. I am holding them responsible for fulfilling their promise,” he said.

The defense chief admitted that despite the dwindling number of Maute militants, there were still casualties on the side of the government.

Some 20 hostages held by the militants still have yet to be rescued, he said.