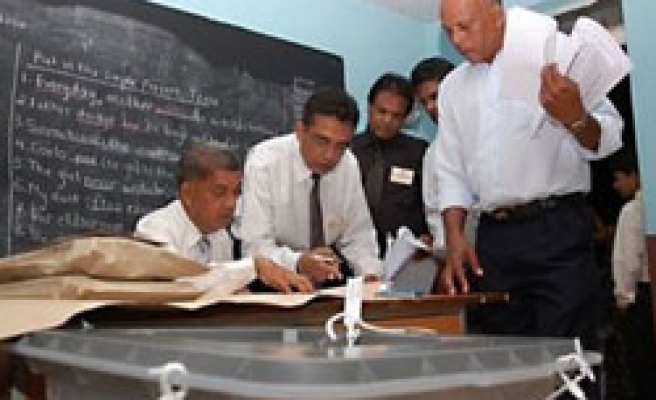 Rajkeswar Purryag was named Mauritius' new president on Friday, cementing the Labour Party's control of the island's top posts and replacing his predecessor who quit the ceremonial position to challenge the ruling coalition.

Anerood Jugnauth stepped down in March to return to party politics and challenge Prime Minister Navinchndra Ramgoolam and his governing coalition. His exit disrupted the usually placid political scene in one of Africa's most stable countries.

Ramgoolam tabled a motion to appoint parliament speaker and Labour party member Purryag as president, which was unanimously approved by lawmakers from the ruling coalition.

Jugnauth's return to party politics has stoked expectations of a political showdown and has raised concerns that a prolonged spat could rattle investors at a time economic growth is slowing due to mainly external shocks.

So far, the political wrangling has not affected markets.

"These alliances won't impact negatively on the stability of the economy as the economic agenda of almost all these parties is geared towards higher growth and improving living standards," Jocelyn Chan Low, associate professor at the University of Mauritius, told Reuters.

Analysts say the Labour Party, which depends on the support of the small Mauritian Social Democratic Party (PMSD) to command a slim majority, is not in any real danger of losing power just yet. The next general election is slated for 2015.

The Indian Ocean island's economy, which relies heavily on tourism, expected economic growth of 3.5 percent for 2012 lower than the forecast of 3.6 percent in March.