Amount 'to assist family members in meeting economic needs, and will not affect their rights to claim compensation according to the law at a later stage,' says Malaysia Airlines 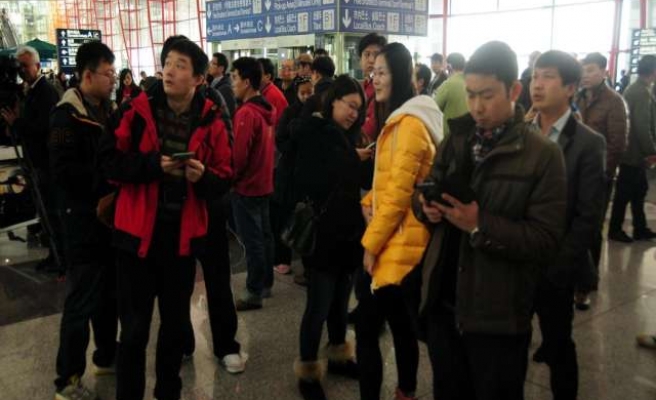 Confusion again abounds in the case of the missing Malaysia Airlines MH370, with the airline releasing a statement Saturday saying it had contacted families of those on board to make advance compensation payments, but then quickly releasing another statement asking media not to reveal how much.

Senior vice-president for strategic communication Datuk Najmuddin Abdullah said that along with the airline, family members of MH370 passengers had also made such a request, due to potential security threats.

“Malaysia Airlines did not disclose any information pertaining to the amount of compensation as picked up by the media, and we believe this was acquired from other sources,” he said.

"[The amount] is to assist the family members in meeting their economic needs and will not affect their rights to claim compensation according to the law at a later stage... It will be calculated as part of the final compensation."

There were more than 1,000 family members under the airlines' care, and its utmost priority was to assist them, Abdullah added.

The airline had initially disbursed US$5,000 to each family days after the aircraft went missing March 8 with 227 passengers and a crew of 12 on board while flying from Kuala Lumpur to Beijing, an hour after taking off.

Last Thursday, the airline requested the families vacate their accommodation in Kuala Lumpur paid by the carrier, and go home and wait for updates. It said the airline’s family assistance centers worldwide, aimed to provide support, will also be closed by May 7.

The government and military have come under intense criticism for their handling of events at the time of and after the plane disappeared.

Families have said they will pursue legal action against the government and the airline over its handling, claiming that the Malaysian government and military has "constantly, tried to delay, deceive the passengers’ families and the whole world,” when it came to what happened to the missing plane.

One relative has alleged that such behavior had misguided and delayed rescue operations, wasting a large quantity of resources and materials and lost valuable time for the rescue effort.

“We will take every possible means [to] pursue the unforgivable crimes and responsibility of all three [the airline, the Malaysian government and military],” a March statement from the families said.

What happened to the aircraft and its occupants, along with where it is, remains a mystery. The airline released a statement this week illustrating that four hours had elapsed between the first sign the jet had failed to report in, and the decision to mount a search operation - also showing that during that period there were lapses in communication, and a false lead from the plane itself.

The Royal Malaysian Police is investigating the case of the missing flight, which includes possible hijack, sabotage, psychological and personal aspects.

Khalid Abu Bakar was quoted by Bernama news Saturday as saying that the force, however, is not prepared to make public any information for now.

He added that the police had to-date recorded 311 statements concerning the tragedy, including from victims' family members.