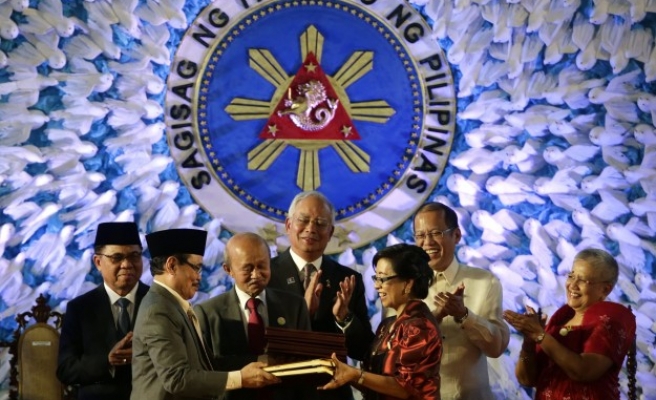 A former resistance group in the southern Philippines has thanked Pope Francis for blessing the peace deal it signed with the government last year.

The Moro Islamic Liberation Front, previously the country’s largest rebel group, welcomed the pope’s comments on the Bangsamoro peace agreement on its website.

"There is nothing we can ask for from the highest personality of the Catholic Church, Pope Francis, except to thank him for 'blessing' the Bangsamoro peace process between the Government of the Philippines and [the] Moro Islamic Liberation Front," it said in an editorial on Luwaran.com.

In March last year, the Front signed a peace deal ending its decades-long armed insurrection, which had claimed tens of thousands of lives.

The pontiff’s blessing came as the Bangsamoro Basic Law, which will establish a new autonomous entity in the Muslim-majority provinces of western Mindanao and nearby islands, enters its final phase in Congress.

At a reception at the presidential palace in Manila on Friday, Pope Francis said: “I express my trust that the progress made in bringing peace to the south of the country will result in just solutions in accord with the nation’s founding principles and respectful of the inalienable rights of all, including the indigenous peoples and religious minorities.”

The Philippines’ 100 million population is around 80 percent Catholic, with the 5 percent Muslim minority mostly concentrated in the south.