The supertanker, named M. Star, was diverted to the United Arab Emirates (UAE) port of Fujairah on Wednesday. 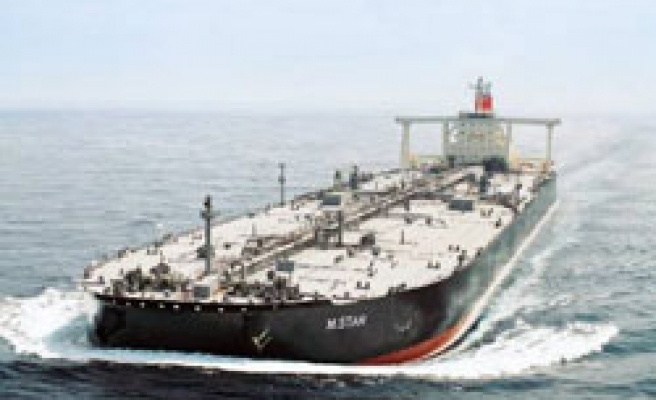 Japanese shipper Mitsui O.S.K. Lines Ltd said on Thursday it had hired a specialist on military attacks to help investigate damage to a tanker in the Strait of Hormuz as a Gulf port official said the vessel had been involved in a collision.

The supertanker, named M. Star, was diverted to the United Arab Emirates (UAE) port of Fujairah on Wednesday.

Authorities in the UAE launched an inquiry into the incident after officials initially said the damage was caused by a quake-related wave, but a general manager of Fujairah port ruled out that possibility.

"What we know is some collision happened. We don't know what it was," Captain Mousa Mourad told reporters.

In Tokyo, Masahiko Hibino, Mitsui O.S.K.'s general manager of tanker safety, said reports of a wave caused by an earthquake were difficult to believe.

"There were some media reports saying that strong waves that come with earthquakes may have damaged the vessel...but the doors that were broken were not wet, so that kind of thing is hard to believe," he told a news conference.

A photograph released by the UAE's state-run news agency showed a big dent in the side of the tanker.

Photographs of the damage provided by the shipping company showed shattered glass and fittings from corridors and other areas below decks and twisted paneling ripped from walls.

The company will begin an investigation on Thursday.

A Dubai-based military specialist had been engaged to lead the inquiry, the company said, but it offered no details. U.S. Navy personnel and the United Kingdom Maritime Trade Operations (UKMTO) were also involved.

Hibino also said the company could not definitively say there had been an external attack, nor could it rule out the possibility of an internal explosion on the ship. But he added that there was nothing on the ship to cause such an explosion.

A Mitsui spokesman said the company was aware of a Lloyd's List report suggesting the damage had been caused by a grenade attack, but was unable to say whether this was true.

Fujairah port general manager Mourad port said the ship would remain in the port for about a week pending completion of the investigation and minor repairs to upper accommodation decks.

One member of the 31-strong crew had suffered slight injuries to his arm.

"The ship's captain said he didn't see any other ships around the vessel when the incident occurred because it was too dark," Mourad said earlier, adding that the strait remained open, with normal traffic flows.

The coastguard in nearby Oman cited "a tremor" as the cause of the incident. An official from the Omani transport ministry said it was "business as usual" in the Strait of Hormuz.

A seismologist in Iran said an earthquake with a magnitude of 3.4 had struck the Gulf port of Bandar Abbas.

But Hibino said: "Visibility was not bad, and the wind was calm, according to the crew's report."

"Calm means there were no waves," he added.

He said the crew heard the sound of an explosion, which had then been followed by light.

Japan's Transport Ministry said on Wednesday there was an "explosion" at around 00:30 a.m. local time and cited the possibility of an attack on the ship, but port officials said there was no evidence.