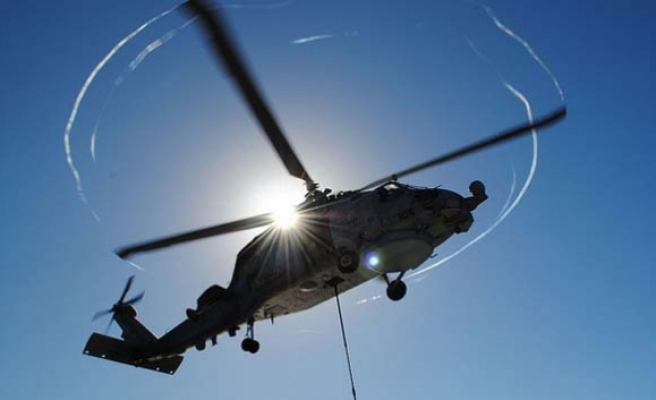 A military helicopter crashed into a residential area on the fringes of Vietnam's capital Hanoi on Monday, killing 16 people and seriously injuring five, the army said.

The Soviet-era MI-171 helicopter was on a training flight when it went went down early in the morning, said Lt-Gen. Vo Van Tuan, deputy chief of staff of the army.

"The reason for the crash was technical problems. This is a serious loss for us," Tuan told Reuters, adding that the only casualties were among those aboard the helicopter, with no civilians hurt.

Fire trucks were seen arriving at the scene and people carried away what appeared to be pieces of wreckage.

Troops and police blocked journalists from entering the crash site, which is close to a military airport and a housing area about 30 km (19 miles) west of the city centre.

Several vendors said those on board were paratroopers who had bought food from them just moments earlier.