Total foreign military deaths in Afghanistan have passed 2,000 since 2001, as Obama prepares a ner surge in the war-torn country 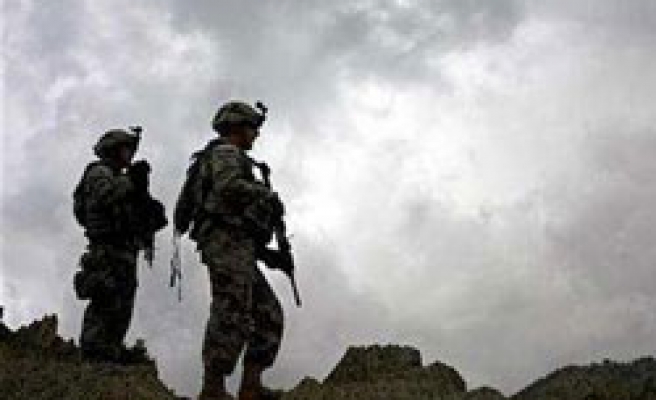 Total foreign military deaths in Afghanistan have passed 2,000 since the war began in late 2001, unofficial tallies showed on Sunday, in the approach to U.S. and Afghan elections and a U.S. strategy review.

The U.S. military accounted for more than 60 percent of the deaths but the total still lags the list of Afghan civilian casualties, which a U.N. report last week showed had risen sharply.

The deaths of at least one more U.S. service member, an Australian and a Briton announced in the past two days have pushed the total of foreign military deaths to 2,002 since the Taliban were ousted in late 2001 by a U.S.-led coalition.

U.S. President Barack Obama has promised a strategy review in December after November mid-term Congressional elections where his Democrats face a backlash from an increasingly sceptical public.

Afghans also face parliamentary elections on Sept. 18. A presidential ballot a year ago was marred by fraud.

Afghan President Hamid Karzai is under pressure to show independence from his Western backers and this week asked Obama for a review of how the war is being conducted.

Violence has hit its worst levels since the Taliban were toppled despite the presence of almost 150,000 foreign troops.

U.S. Army General David Petraeus, commander of U.S. and NATO forces in Afghanistan, said on Sunday he saw areas of progress but meeting Obama's goal of starting to withdraw troops by July 2011 would depend on conditions at the time.

He described the battle against the Taliban as an "up and down process" and said it was premature to assess its success.

"What we have are areas of progress. We've got to link those together, extend them," Petraeus said in an interview aired on Sunday on NBC's "Meet the Press" programme.

Petraeus, who replaced the sacked General Stanley McChrystal in June, said he would give his "best professional military advice" to Obama about the withdrawal timetable.

Obama, who has boosted U.S. troop levels in Afghanistan, plans a strategy review in December after the mid-term elections. Congress supported his troop surge but polls show the U.S. public remains uncertain about the effort.

At the same time, U.S. commanders have warned of a tougher fight ahead as troops take on the Taliban in their southern strongholds and confront other groups like the Haqqani network in the east.

Leaders in Washington have also sought to lower expectations of what can be achieved.

Disputes over the Afghan war have already brought down a Dutch government in February and a German president in May.

According to www.iCasualties.org, an independent website that monitors foreign troop deaths, 2002 troops have been killed since 2001, 1,226 of them Americans. British losses total 331, with the remaining 445 shared among the other 44 countries.

June 2010 was the bloodiest month of the war with 102 killed as foreign forces pushed ahead with operations in southern Helmand and Kandahar provinces.
Another 88 were killed in July, with the total for the year so far standing at 434, according to iCasualties, fast approaching 2009's 521.

The losses in Afghanistan are less than half of those in the Iraq war, where at least 4,723 foreign troops have been killed since 2003, 4,405 of them American.

Just as was the case in Iraq, civilians are bearing the brunt of the conflict in Afghanistan.

A U.N. mid-year report last week showed civilian casualties had risen by 31 percent over the first six months of 2010, compared with the same period last year. That figure included 1,271 killed.