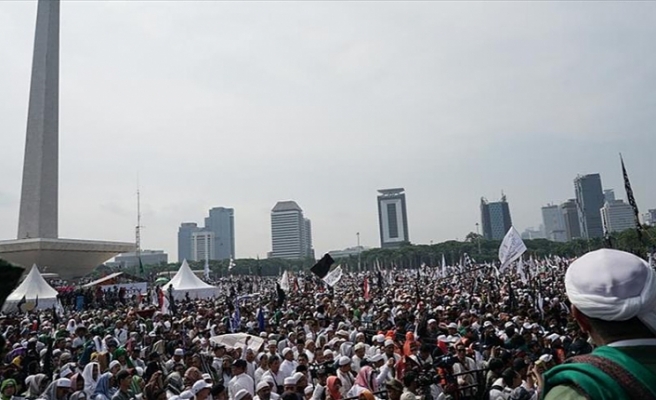 More than 2 million Indonesians gathered in capital Jakarta on Sunday to mark the second anniversary of the "212 movement" by holding a peaceful anti-government rally.

The protesters read verses from the holy Quran and sang songs against incumbent President Joko Widodo.

“People are lied to, promises are denied, scholars are tyrannised, mandates are betrayed. In 2019, replace the senseless president," said the lyrics of one song.

The protesters dressed in white poured into Jakarta on Saturday night from several cities. They camped overnight to pray in congregation at dawn.

Some 20,000 troops were deployed for their security.

The "212 movement" was formed after a rally on Dec. 2, 2016 to call for the prosecution over blasphemy of former Jakarta Governor Basuki “Ahok” Tjahaja Purnama, a Christian of Chinese descent.

He was convicted and sentenced to two years in prison in May.