Millions in China set to travel in Year of the Sheep

2.8 billion passenger trips estimated to take place as ‘Year of the Sheep’ approaches - or is that Year of the Goat... or Ram? 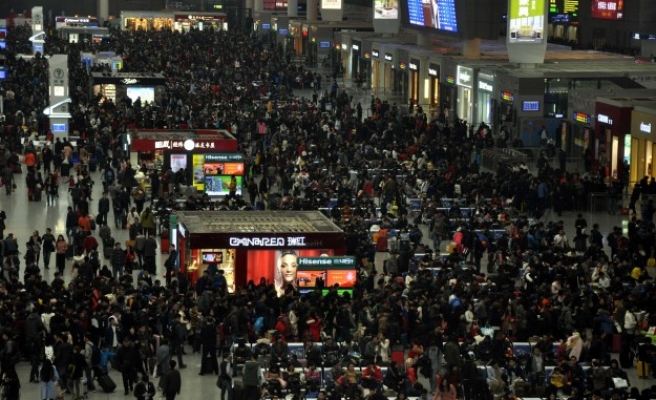 China's annual Spring Festival travel rush -- known as “chunyun” -- has started this week with 2.8 billion journeys estimated to be made before, during and after the festival.

The seven-day event officially kicks off Wednesday, on New Year's Eve, as China prepares to celebrate the lunar "Year of the Sheep" - or is it the goat or ram? Debate continues over which zodiac creature is correct.

According to Chinese astrology, each lunar year is related to an animal sign in a cycle of 12 years. The Chinese character yang - the symbol of the upcoming New Year - can be translated as either animal, with each country having its own preference.

But no matter which of the three the New Year is associated with, it's unlikely to dampen the celebrations, which last until March 5.

Around 289 million rail journeys -- an increase of 10 percent on the previous year-- are expected to be made in the holiday, according to China’s Ministry of Railways, while 5.1 million people are expected to take the train in China's largest city of Shanghai alone.

Officials have also said that there has been an 8 percent increase in the number of people flying during the period, with 47.5 million people expected to take to the skies thanks to lower airfares caused by airlines dropping fuel surcharges.

China, the most populated country in the world with over 1.35 billion people, experiences the planet's biggest migration of people during the holiday season as many workers in city centers travel to their homes in rural China.

On average, the number of travellers increases by 200 million during this period each year.