Addressing voters in Delhi, the Union Minister said "you have to decide whether Delhi will get a government of those born of Ram or of those born illegitimately” The reaction from the opposition was strong 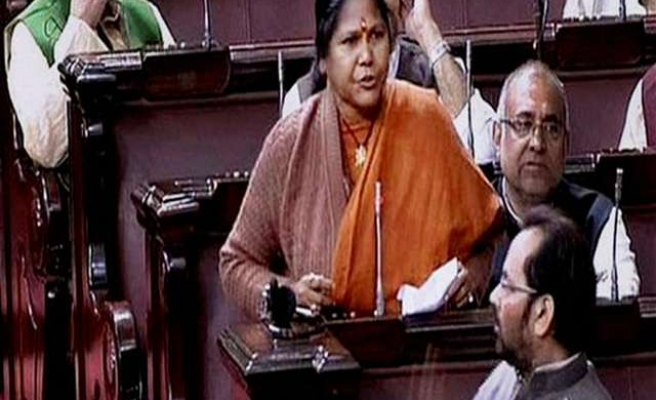 Indian Prime Minister Narendra Modi is under growing pressure to sack a minister over a tirade she made against religious minorities, as his outraged opponents disrupted parliament for a second day on Wednesday.

Niranjan Jyoti, the junior minister for food processing industries, asked whether the country should be governed by "the children of Ram (a Hindu god) or the children of bastards" at an election rally.

The comment was widely believed to have been an attack on the legitimacy of the country's Muslim and Christian minorities.

Rival parties defeated by Modi's Hindu nationalists six months ago in a general election have staged two days of parliamentary protests to demand Jyoti's removal. Amid unruly scenes, the speaker of the upper house adjourned proceedings for the rest of the day.

"The constitution has been violated; India's laws have been violated," Anand Sharma, a senior leader of the opposition Congress party said. "We want the prime minister to come to the house and tell us he has asked the minister to go."

The protests risk disrupting a session of parliament where the government wants to build consensus to pass laws lifting the caps on foreign investment in India's insurance sector and amend a bill making it easier for companies to buy land.

Modi's Hindu nationalist Bharatiya Janata Party has been accused of exploiting religious divisions in the run up to elections, a tactic that opponents say helped the party win the largest election victory in three decades in May.

Parliamentary affairs minister M. Venkaiah Naidu said the minister has apologised and the house should now focus on legislative business.

This not the first instance when the Modi govt has been embarrassed with rather outlandish and extremely sectarian comments made by the BJP leaders.

The Indian Express reminded some of the controversial remarks that has embarrassed Modi:

Babulal Gaur: While Narendra Modi was strong in speaking about women safety from the gallery of Red Fort in his Independence Day speech, Madhya Pradesh home minister Babulal Gaur was seen stirring controversy by describing rape as a social crime which is “sometimes right, sometimes wrong”. He also insisted that governments could not ensure that women do not get raped, triggering angry reactions from the Congress.

Giriraj Singh: On of the prominent faces in Bihar BJP, Giriraj Singh drew flak by calling Modi’s critics Pakistanis. He said, “Those who want to stop BJP prime ministerial candidate Narendra Modi will soon have no place in India… because their place will be in Pakistan”.

Mohan Bhagwat: While Modi feels Indian Muslims will live and die for India, BJP’s parent organisation RSS’ chief Mohan Bhagwat has different take on the issue. Bhagwat feels India is a Hindu nation and Hindutva is its identity. “Hindustan is a Hindu nation…Hindutva is the identity of our nation and it (Hinduism) can incorporate others (religions) in itself,” he said.

Yogi Adityanath: This man and his inflammatory speeches were held responsible for BJP’s dismal performance in recent by-elections in UP. Yogi Adityanath, who was the star campaigner of the saffron party, was quite vocal about his religious views during the campaign. He stroked a controversy when he said that communal riots happen in the places where a particular minority community constitute 20-40 percent of the total population. The Election Commission also served notice to Adityanath for hate speech.