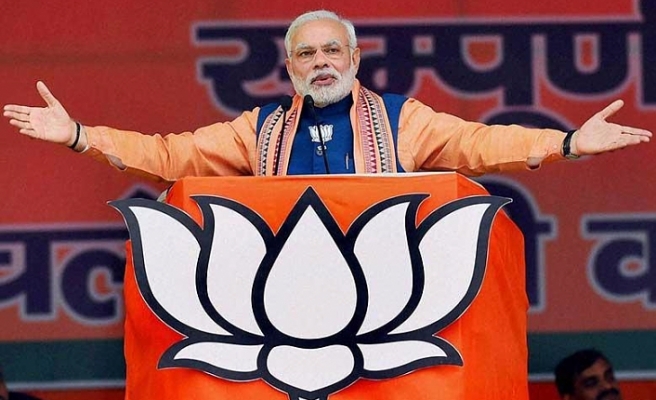 The votes held earlier this month and in November were seen as a rehearsal for next year's general elections when Modi will contest for a second term.

Tuesday's defeat in state elections is the biggest setback to Bharatiya Janata Party (BJP) since 2014 when Modi took office.

The BJP lost in the states of Chhattisgarh, Rajasthan, and Madhya Pradesh, once considered strongholds of the party.

In Madhya Pradesh the party had been in power for the last 15 years.

“We accept the people’s mandate with humility. I thank the people of Chhattisgarh, Madhya Pradesh and Rajasthan for giving us the opportunity to serve these states. The BJP Governments in these states worked tirelessly for the welfare of the people,” Modi said in a tweet.

Counting of votes is still underway.

However, till the filing of this report, results from the Indian Election Commission showed the opposition Congress Party leading with 54 seats out of 90 in Chhattisgarh. The BJP has won 11 seats.

Madhya Pradesh saw a close contest with Congress leading on 98 seats out of 230, and the BJP trailing at 97 seats.

The Congress Party has ruled India for most of the period after India gained independence from Britain in 1947. The party had never performed well is state polls until Tuesday.

On Tuesday, the election result of two more states, Mizoram and Telangana, were announced by the election commission. In both states, regional parties emerged as winners.