About 2 500 villages have been partially or completely submerged across the area, while thousands of people are stranded on rooftops waiting to be rescued. 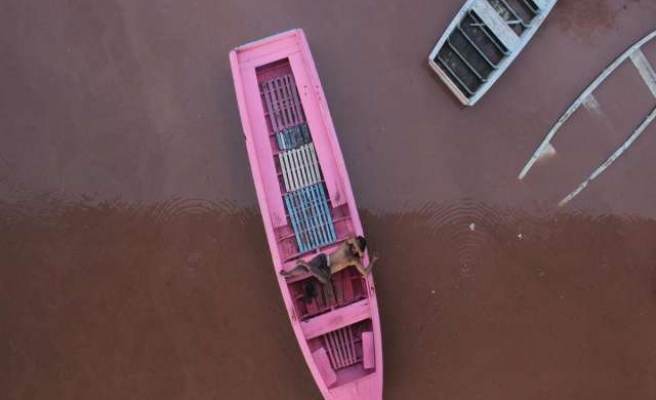 The death toll from serious flooding in Indian-occupied Kashmir climbed to 175 on Sunday, with homes, military bases and hospitals inundated in the region's main city Srinagar as the Jhelum river overflowed its banks.

Prime Minister Narendra Modi overflew the Kashmir valley, a mainly-Muslim region. The worst flooding there in 60 years has submerged villages and ruined crops.

"This is a national level disaster," Modi said. He announced 11 billion rupees ($180 million) in disaster relief payments, as well as compensation to victims and their relatives.

“I could not save anything as the government did not issue any flood warning,” said Abdul Aziz of Jawahar Nagar in Srinagar, who drove his family to safety when water entered their home at around 4 o'clock in the morning.

“The majority of my neighbours who were sleeping are still trapped in their homes,” he said.

Modi met state chief minister Omar Abdullah and other officials in Jammu. His office said in a tweet that additional forces would be deployed for relief and rescue measures in the Himalayan region.

About 2 500 villages have been partially or completely submerged across the area, while thousands of people are stranded on rooftops waiting to be rescued.

Major roads - including the one to Srinagar airport - were under water, hampering relief efforts.

“The water level is decreasing in Jammu ... while the situation in Kashmir has worsened. In many areas, the ground floors are inundated with flood waters,” Abdullah told reporters.

About 22 air force helicopters and four aircraft were deployed to evacuate stranded people and to deliver relief. About 120 army units and eight teams of police reservists, equipped with boats and life jackets, were in action.

“We have relocated 13 000 people from flood hit areas. We had a shortage of boats and 100 were airlifted today,” said Rohit Kansal, the divisional commissioner for Kashmir.

Kashmir has been divided since shortly after independence from British rule and partition in 1947 created the separate states of India and Pakistan.