The Hindu-Muslim divide as taken a new turn with Modi's nationalist party Bharatiya Janata has promoted the idea that officially secular India is a Hindu nation, in what critics say is an attempt to marginalise minority Muslims 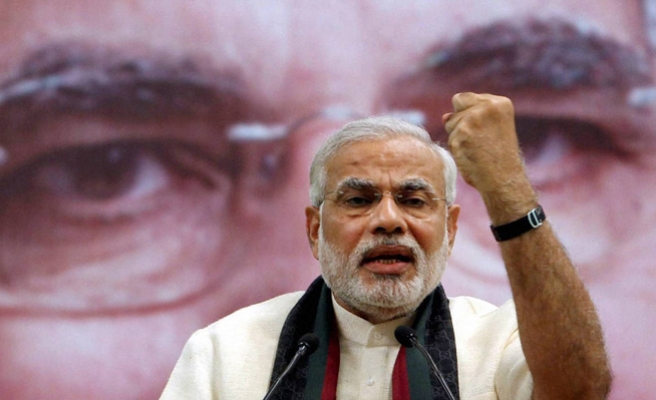 Narendra Modi's Hindu nationalist party has promised to disenfranchise millions of Muslim immigrants in a volatile frontier state, waging a polarising election campaign in a bid to form its first government there.

In campaign rallies in the remote state of Assam, officials of the Bharatiya Janata Party (BJP) have made it their mission to identify and deport younger illegal migrants, to quell the rising discontent among the state's Hindus.

When Assam elects a state legislature in April, an estimated 10 per cent of its 20 million voters will be Muslims who have migrated since the 1950s from the former East Pakistan, later Bangladesh, and gained Indian citizenship reports Reuters.

"Legal Indian citizens are being branded as Bangladeshis," student Ismail Hussain, wearing a white skullcap, told Reuters at a rally held by a mainly Muslim party in Assam.

"The BJP can't just do what they want. We have faith in the Indian constitution."

India is officially secular, but four-fifths of its 1.3 billion people profess the Hindu faith. Muslims comprise 14 per cent of the population, with Christians, Sikhs, Buddhists and others making up the rest.

At 34 per cent, Assam has the second highest percentage of Muslims of any Indian state. The BJP’s plan risks reigniting communal tensions that have led to deadly clashes between Hindus and Muslims, although analysts doubt there will be a full-scale drive to expel Muslim immigrants.