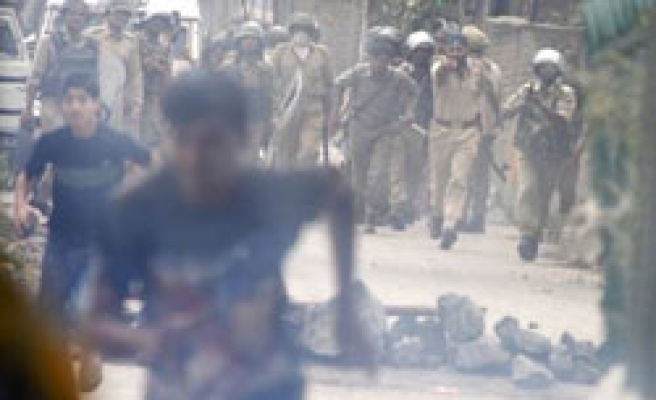 Indian police killed three more Kashmiri protesters on Wednesday after one of worst state violences since decades in which police killed 17 demonstrators on Monday as Indian parties debated whether to ease harsh security laws causing civilian deaths in Kashmir.

At least 10 people were seriously injured in the latest round of protests, in the Mendhar area of Poonch about 120 km (75 miles) south of Kashmir's summer capital Srinagar.

The Monday protests appeared to have been sparked by reports of a U.S. insult incident in which copies of Islamic Holy Book, Koran, were burned but may have ballooned into anti-India demonstrations.

The latest deaths are a huge challenge for India and the federal government, which has been criticised for failing to treat the protests seriously.

Indian Prime Minister Manmohan Singh is meeting leaders from all political parties in Kashmir to find a way to end the violence, and some news reports have suggested the government may withdraw a controversial law that gives armed forces in Kashmir immunity from prosecution for killings.

Kashmiri politicians, hoping to regain some credibility with their people, have pressed for the lifting of the law in the region.

But some Cabinet ministers and the opposition Bharatiya Janata Party oppose even a partial lifting of the law despite deaths of civilians.

Syed Ali Shah Geelani, a leader of the umbrella grouping All Parties Hurriyat Conference, has demanded India declare Kashmir an international dispute, withdraw hundreds of thousands of troops from the region and release all political prisoners as a precondition for talks.

"It would mean total rejection if India rejects even one of our conditions for talks and reviewing the ongoing demonstrations," Geelani said.

Since 1989, a pro-independent insurgency and the ensuing crackdown by Indian forces have killed an estimated 68,000 people. Although the rebellion is largely suppressed, the region remains heavily militarized, with checkpoints along main roads, hundreds of thousands of troops stationed here and harsh emergency laws still in force, creating further friction with the restive population.

The state violence this summer has claimed nearly 90 lives in the Himalayan region.