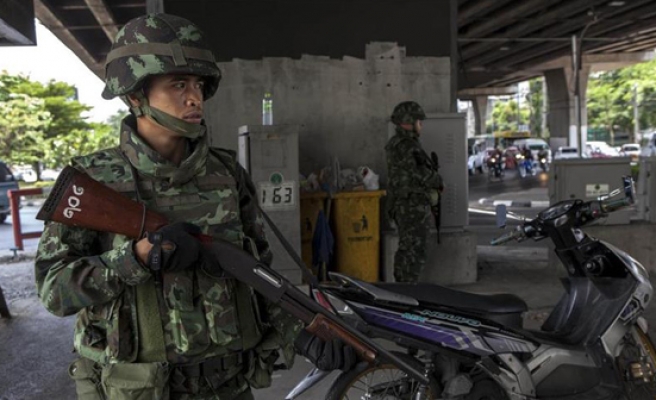 Residents of a remote and impoverished region in northern Myanmar are still struggling with a measles outbreak as the death toll has continued rising weeks after authorities claimed to have brought the situation under control.

State-run newspapers reported two weeks ago that no more deaths from the viral diseases were reported in the Naga Self-Administered Zone in Sagaing region, a mountainous area populated by people from the Naga tribes on the border with India.

However, the illness continued to claim the lives of more children, raising the death toll above the 41 reported Aug. 12, according to local officials and activists, who underlined the insufficiency of aid to affected villages in the far corner of the zone.

A lawmaker representing Nanyon -- one of two townships, alongside Lahe, where the measles outbreak has killed dozens of people, mostly children, since mid-June -- told Anadolu Agency on Thursday that the death toll has risen to 68.

“Though health workers provide medical care to people in Lahe township, they are yet to arrive in the far villages in my township,” said Sein Maung.

He underlined that more than 200 affected people in the region, mostly in Nanyon, are still in need of intensive healthcare.

However, local newspaper 7 Day Daily -- citing data from the ministry of health -- reported a death toll of 51 as of Aug. 23.

On Aug. 7, state media reported that many of those suffering had "measles", with the virus found in the blood of three out of five children tested.

Early reports suggested that the then unknown illness led to rashes, a difficulty breathing, and the patient coughing up specks of blood.

It is one of the many infections that have struck the area since early June, with hundreds affected by viral diseases including diarrhea, influenza, cough and eye problems.

Around 120,000 people live in Sagaing, where many Naga communities -- a conglomeration of several tribes inhabiting the northeastern part of India and northwestern Myanmar -- are impoverished and inaccessible by road.

Measles -- a highly infectious viral illness -- is uncommon in many societies due to the effectiveness of vaccinations.