Authorities have grave fears for more than 140 more after a suspected refugee boat disappeared on its way to Australia. 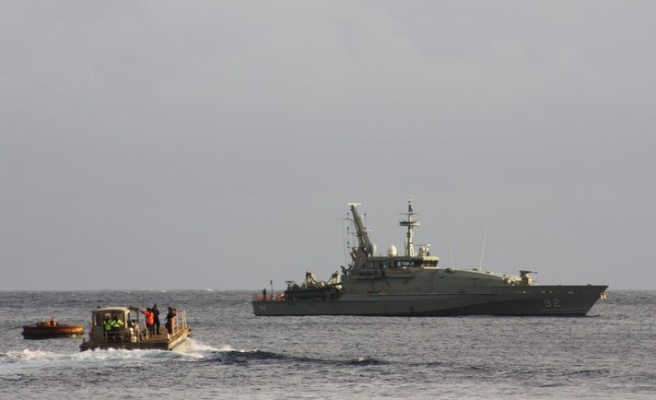 Rescuers have pulled six people from the sea off Indonesia but authorities have grave fears for more than 140 more after a suspected refugee boat disappeared on its way to Australia, Australia's Home Affairs Minister Jason Clare said on Thursday.

Indonesian authorities are coordinating the search for the boat, which first reported to be in distress on Wednesday in Indonesia's Sunda Strait, with several merchant ships and rescue helicopters at the scene, around 42 nautical miles off Java.

"Six people have been plucked from the sea. We have grave fears for a lot more," Clare told reporters in Sydney, adding authorities believed the boat was carrying 150 people.

Refugees seeking asylum in Australia often set sail from Indonesia heading for Australia's Indian Ocean territory of Christmas Island in dangerous and overcrowded boats, with the help of people smugglers.

Since 2001, almost 1,000 people have died at sea while attempting to reach Australia on overcrowded and often unseaworthy refugee boats from Indonesia.

A person on board the unidentified boat had contacted Australian rescue authorities by telephone on Wednesday, saying the vessel had engine trouble and needed assistance.

A search by Indonesian authorities failed to locate the boat on Wednesday, but a merchant vessel early on Thursday reported it had seen people in the water and was attempting to recover survivors, Australia's Maritime Safety Authority said.