Moro Muslim leader on Monday asked for help from Malaysia, saying Manila proposal is far away from accepting. 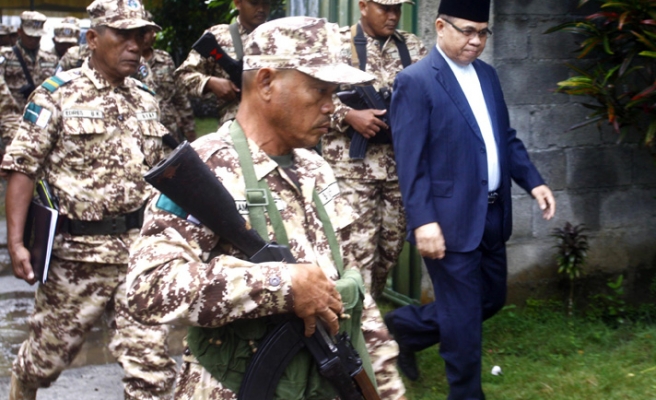 Moro Muslim leader on Monday asked for help from Malaysia, saying Manila proposal is far away from accepting.

The Philippines conditioned they must first lay down their arms and a peace pact was likely years away.

"The drafts are too far apart, there was even an impression it was heaven and earth. That is why the necessity for a facilitation in order to have the two positions of the panels nearer each other."

He said further delays in the talks could increase the risks on the entire peace process.

Still, Murad said the ceasefire between government forces and the MILF's guerrilla units would hold for now, saying that while both proposals were far apart, there was a desire for a solution.