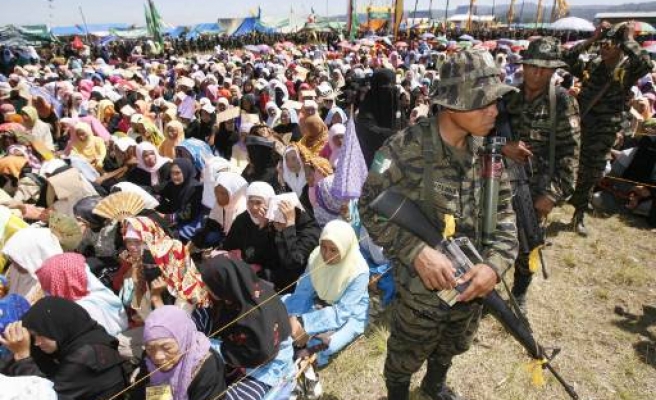 The Philippines on Monday conditioned they must first lay down their arms and a peace pact was likely years away.

Leonen told a video conference from the Philippines' embassy in Kuala Lumpur, "the two parties have different positions, otherwise, we will not be negotiating. Our framework is not as they had expected it. They expected something more, they expected the word sub-state."

"This proposal presents the possibility of a more empowered, more workable and thus, more genuine autonomy of a Bangsamoro ( Moro Muslim) region," the government said in a statement summarising its offer.

The government did not make public all the specific details, but hinted the area could expand and improve the existing Autonomous Region in Muslim Mindanao (ARMM), which groups five Muslim provinces in the country's south.

And while describing its proposal as "politically comprehensive", it indicated the most sensitive issues would not be addressed immediately.

"The proposal works with what is available and doable within the next few years. It does not start with contentious and divisive issues whose resolution may not be realisable as yet," the statement said.