A survey shows about two thirds in the Muslim region want "complete independence". 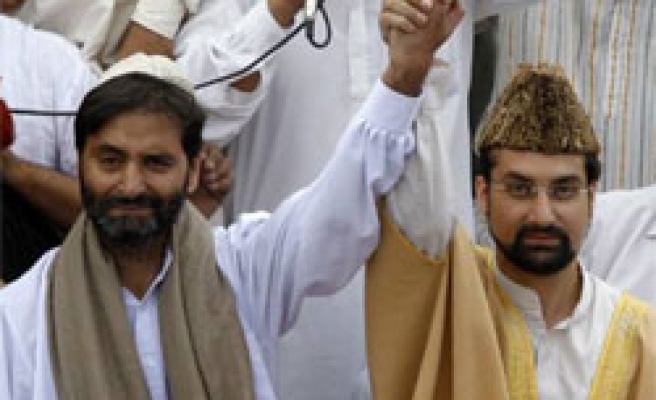 India deployed thousands of security forces and imposed an indefinite curfew on Kashmir's summer capital on Sunday as a survey shows about two thirds in the Muslim region want "complete independence".

Muslims renewed its demands for independence in protests against New Delhi's rule in last day of Eid Al Fitr on Saturday.

The biggest pro-freedom demonstrations in two years in Kashmir were triggered by the killing of a 17-year-old student by police in June.

Seventy protesters and bystanders - some children - have been killed, mostly by security forces who have fired on demonstrations.

Troops equipped with assault rifles patrolled deserted streets and blocked off lanes with razor wire and iron barricades in Srinagar, where tens of thousands of people have been killed in two decades of conflict.

The curfew extended to other big towns in the Kashmir valley.

After Eid prayers to mark the end of the Ramadan fasting month, tens of thousands marched through Srinagar on Saturday.

About two thirds of residents in India-administered Kashmir want independence for their region, with less than one in 10 seeking a merger with Pakistan, a survey shows.

The poll, conducted for the Sunday Hindustan Times newspaper, showed that 66 per cent of respondents in the Kashmir valley wanted "complete freedom to entire Jammu and Kashmir as a new country".

Only six per cent in Kashmir wanted a "complete merger of the entire Jammu and Kashmir in Pakistan."

The poll was conducted by Team CVoter and canvassed 2369 people.

India's Congress party-led federal government is considering a partial relaxation of the act in Kashmir as part of a peace initiative expected in the next few days. But no consensus has been reached on the issue yet, local media have reported.

"We don't want peace, we don't want the peace of a graveyard," one of Muslim leaders, Mirwaiz Umar Farooq said in a statement. "We want a solution of the Kashmir dispute and that will end all the problems."