All activities suspended in Rakhine state - region bordering Bangladesh in which conflicts between Buddhists and Rohingya have taken place. 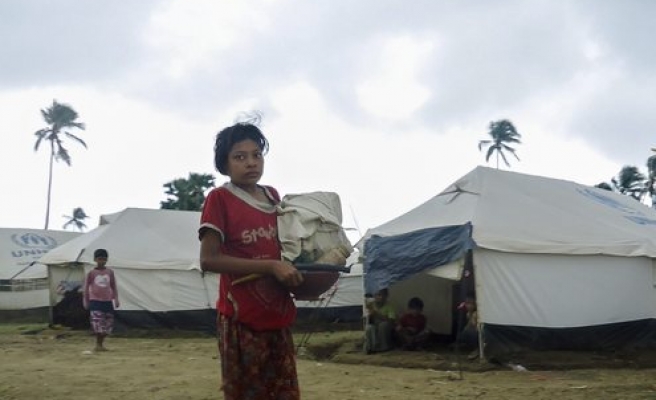 Medecins Sans Frontieres (MSF) is negotiating with the government of Myanmar to have a ban lifted which orders it from a state in the west of the country where Rohingya Muslims are based.

All MSF activities were suspended February 27 in Rakhine state - a region bordering Bangladesh in which inter-communal conflicts between opposing ethnic Rakhine Buddhists and Rohingya have taken place.

Myanmar Presidential Spokesman U Ye Htut has accused the medical non-governmental organization of having hired “Bengali” – as Myanmar authorities call Rohingya – for its operations and claimed that its work lacks transparency.

The government had suspended all MSF activities in the country, but after strong reaction from the United States, the NGO was allowed to restart work in all locations except Rakhine.

In a statement posted on its website, MSF said it was “encouraged” to have been given authorization to re-start activities in Kachin and Shan states in north-eastern Myanmar and in Yangon - the former capital city - but added that it remained “extremely concerned about the fate of tens of thousands of vulnerable people in Rakhine state who currently face a humanitarian medical crisis.”

“MSF looks forward to continuing the dialogue with the Union Government to ensure that essential life-saving services continue to reach those that need them,” it said.

An MSF representative declined comment Monday when contacted by the Anadolu Agency.

“Negotiations will be on-going for the next two or three days but we prefer not to comment on it for now," the person - who did not wish to be named as he was not authorised to talk to media - said.

MSF-Holland, a national branch of MSF, opened clinics for HIV/Aids and tuberculosis treatments in nine townships in Rakhine, predominantly in the northern part of the state where the population is 90 percent Rohingya - a mostly stateless minority who outside of MSF have little access to healthcare.

Since June 2012, outbursts of violence between Rakhine and Rohingya have caused 280 deaths and displaced 140,000 people, mostly Rohingya, who are now living in apartheid-like squalid conditions in camps.

The local authorities, echoed by the central government, have accused MSF of prioritizing the treatment of Rohingya over local Rakhine.

In the statement, MSF - awarded the Nobel Peace Prize in 1999 - denies this, asserting “MSF (…) is treating anyone who was unable to access the medical care they required. All MSF services are provided based on medical need only, regardless of ethnicity, religion or any other factor.”

The last straw for the Myanmar government appears to have been an interview by an MSF worker in February, in which he said that the NGO had treated 22 Rohingya injured in inter-communal violence in January - clashes that the United Nations has said led to the death of 40 Rohingya.

The government, however, affirmed that there were no victims on the Rohingya side and that only a Buddhist policeman had been killed by Rohingya. Since the MSF interview - published by Irrawaddy magazine - demonstrations by Rakhine Buddhists have hindered MSF activities on the ground.

Irrawaddy is a Thailand-based "Independent publication covering Burma and South-east Asia from a Burmese perspective."

According to NGOs sources active in Rakhine, the presence of MSF in the region is crucial for the Rohingya.

“It would appear that it is beyond a disagreement between MSF and the Myanmar government. It is really about the Rohingya population having access to life-saving aid. It is about denying this population access to vital healthcare,” Matthew Smith of the NGO Fortify Rights - which recently produced a report on Rakhine state - told AA on Monday.