MSF: US apology for Kunduz bombing 'not enough' 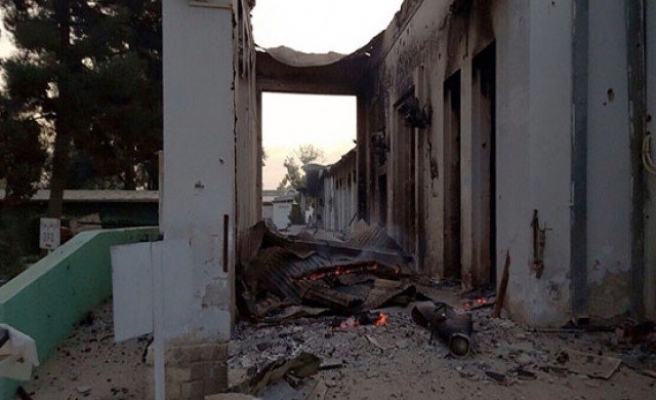 Aid agency Medecins sans Frontieres (Doctors Without Borders) has said U.S. President Barack Obama's apology for the deadly bombing of its hospital in the Afghan city of Kunduz is "certainly not enough".

"We would recognize that Obama apologized, but apologies in these situations are certainly not enough: 22 people died in this attack," Thoamas Nierle, the president of MSF in Switzerland, told Anadolu Agency in Geneva on Friday.

"It is not just about MSF, it is about all the humanitarian actors who try to provide life-saving services in conflict zones. Three-hundred-thousand people are now deprived of medical and surgical care in the province of Kunduz," he added.

Nierle also said that MSF's return to the conflict zone would be conditional on security guarantees provided to their staff.

Last Saturday's bombing was described by the U.S. as a mistake; the country said that an investigation into the attack by the Department of Defense would be "objective" and "transparent".

However, MSF will reject an investigation conducted by the U.S. and Afghanistan, demanding instead a war-crime probe by the International Humanitarian Fact-Finding Commission (IHFFC), which was established in 1991 under the Geneva Conventions in order to implement international humanitarian law during armed conflicts.

"What we ask today is at least an independent investigation into this attack so light can be shed on what really happened," said Nierle.

"As we see this attack on our hospital as a serious violation of the international humanitarian law we feel that International Humanitarian Fact-Finding Commission is the right body to address this violation and to investigate it impartially and independently," he added.

MSF sent letters to 76 countries which recognize IHFFC to establish an independent commission -- composed of 15 individuals -- for the investigation into the attack.

The U.S. and Afghanistan do not recognize the commission and an investigation by the IHFFC needs to be endorsed by all parties to the conflict.