Musharraf says to return to Pakistan with new political party 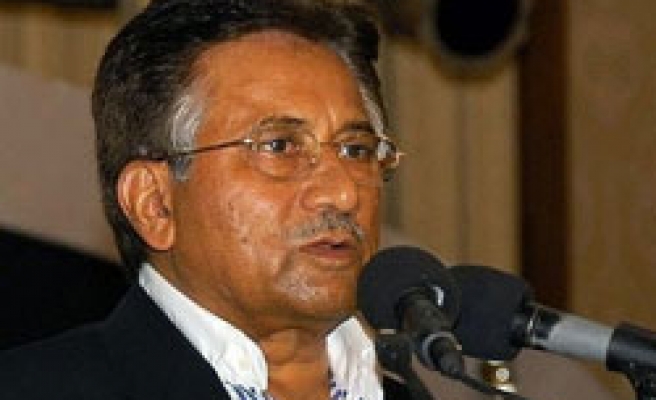 Former Pakistani president Pervez Musharraf said Wednesday he would soon launch a new party, setting date for announcement of the establishment of his party on Oct. 1.

Musharraf, who plans to stand for parliament at the next general election in 2013, did not say where he would launch his new party -- called the All Pakistan Muslim League.

Speaking on the sidelines of an investor conference in Hong Kong, Musharraf expressed confidence he could regain popularity and would return to Pakistan for the elections.

If he returns to Pakistan, he could face legal scrutiny over the bloodless coup in October 1999 that brought him to power and the subsequent nine years of military rule — particularly a state of emergency declared as protests against him mounted in late 2007.

He was president from 2001 and has lived abroad since resigning in 2008.

Pakistan is back under civilian rule but President Asif Ali Zardari -- the widower of assassinated former prime minister Benazir Bhutto -- is under siege from U.S. pressure for more offensives into tribal lands, a parlous economy and catastrophic floods.