Of over 100 candidates rejected, 11, none from 2 main parties, have appeals approved after foreign pressure 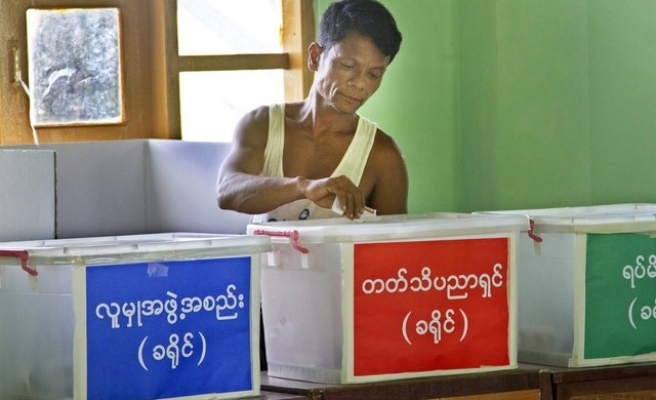 Myanmar’s election commission has made a partial U-turn on its decision to bar dozens of Muslim candidates from a Nov. 8 ballot following pressure from several foreign governments, local media reported Friday.

Eleven of the more than 100 candidates rejected following a vetting process earlier this month have had their appeals approved, the Myanmar Times said, though many Muslims who say they were unfairly disqualified remain excluded from the much-anticipated general election.

A spokesperson for the U.S. State Department said earlier this week that the disqualifications risk "undermining the confidence of the Burmese people and the international community in these elections."

One of the candidates who were reinstated, Khin Maung Cho, said that a statement issued by nine embassies warning against “religion being used as a tool of division and conflict during the campaign season” may have influenced the commission’s partial reversal.

The disqualifications, which were made on citizenship grounds, follow the disenfranchisement of hundreds of thousands of Rohingya Muslims after their temporary citizenship cards were revoked earlier this year.

Myanmar officially maintains that the Rohingya are interlopers from Bangladesh and refers to them as “Bengalis” despite evidence that many have roots in the country going back generations.

Foreign Minister Wanna Maung Lwin on Thursday defended the decision to strip Rohingya of their voting rights by arguing that green card holders in the U.S. are also not allowed to vote.

Myanmar’s two main parties have both failed to field any Muslim candidates, a move observers believe is an attempt to assuage Buddhist extremists. The 11 who were reinstated are independents or from smaller parties.

Since a reform process began in 2011, when the military regime installed a semi-civilian government, Myanmar has seen bouts of anti-Muslim violence accompanied by widespread hate speech led by prominent Buddhist monks.