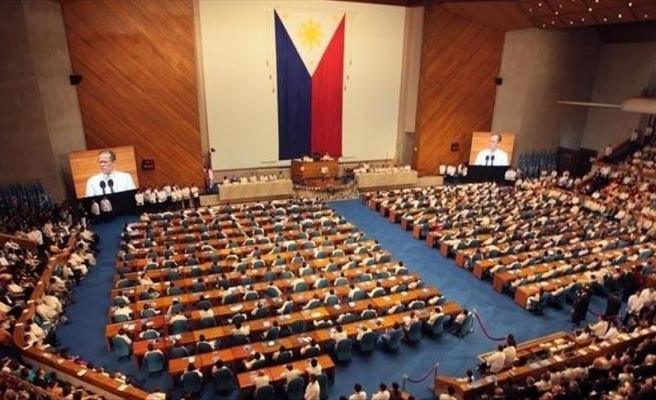 A former rebel leader-turned-Philippine lawmaker expressed concern Tuesday that Congress’ failure to pass a law aimed at sealing a peace process in the Muslim south might push the country’s one-time largest rebel group to "go to war" again.

Rep. Habib Tupay Loong of Sulu province told Anadolu Agency that the Philippines cannot afford to allow war to prevail as "it will only bring death and destruction to the nation and will only divide the people of Mindanao [island]”.

"But I cannot stop the Bangsamoro people if they opt to traverse the dangerous and destructive path of war to preserve their religion, protect themselves and recover their ancestral homeland,” he said.

But with Congress set to adjourn for election campaigning after a final session Wednesday, lawmakers have expressed little hope about its passage before new leaders -- and with them, a new political outlook -- are sworn in on the back of May's vote.

He showed Anadolu Agency a copy of a speech he delivered Monday to the House of Representatives, stating that the region’s indigenous people had gone to war more than 43 years ago "to liberate themselves from internal colonization, injustices and discrimination".

In the speech, he said that while the Moros are ready to die for their people’s cause, faith and homeland, Islam is a religion of peace and they have sincerely accepted to negotiate and enter into a peace agreement, which later failed.

Loong stressed that that the government could not continue exhausting the patience of the “oppressed people to wait and hope” as such endeavors have their “ultimate time limit”.

"The Bangsamoro problem is not a constitutional problem, but a political problem which should be solved politically," his speech said.

Loong expressed disappointment Tuesday over Congress’ failure to pass the law due to lawmakers’ inability to reconcile their differences, and to fulfill their role as legislators by providing the support necessary to finally resolve the Bangsamoro problem and bring peace and unity to the war-torn south.

In a bid to preserve the gains of his initiatives in the restive south, outgoing President Benigno Aquino III has ordered the office in charge of the peace process to conduct consultations that will lead to an action plan aimed at promoting peace.

“We cannot finish the BBL by the time we adjourn on Wednesday, but that does not mean that the [2014] Comprehensive Agreement on the Bangsamoro is dead," GMA News quoted him saying.

"I think it is to the national interest that whoever is the next president should pursue the peace process.”

He added that the BBL remained on the agenda, but only for the purpose of concluding the period of interpellations.

A substitute bill titled the Basic Law on the Bangsamoro Autonomous Region has been put forward by Local Government Chairman Senator Ferdinand "Bongbong" Marcos, who has claimed that the present BBL violates the constitution.

Chief peace negotiator Miriam Coronel-Ferrer, however, has warned that the decommissioning of the MILF's armed wing will not push through because of the failure of the government to pass the BBL.