Rajapaksa secured the two-thirds parliamentary majority he needs to change the constitution after an opposition party with eight legislators pledged its support. 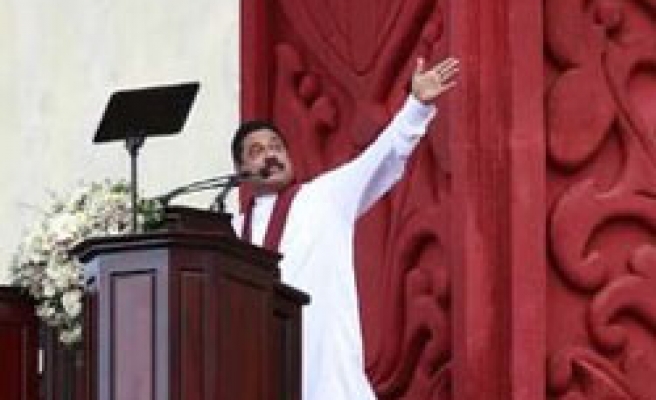 Sri Lankan President Mahinda Rajapaksa on Friday secured the two-thirds parliamentary majority he needs to change the constitution after an opposition party with eight legislators pledged its support.

"We will not join the government, but we will support the proposed constitutional amendments," Basheer Segu Dawood, the chairman of the party Sri Lanka Muslim Congress, told Reuters.

Rajapaksa has already struck a tentative deal to return Sri Lanka to rule by an executive prime minister. That would allow him to by-pass the existing two-term limit as head of state and run the country as prime minister.

With the latest support, Rajapaksa's ruling United People Freedom Alliance (UPFA) can command 154 votes in the 225-seat parliament, giving the president more than the two-thirds majority required for a constitutional change.

The crossovers come as the government and the main opposition United National Party are in discussions to change the constitution and reduce the president's executive powers.

Critics blame the president's strong executive powers under the present constitution for political interference in the judiciary, public service and police, allowing the head of state to manipulate the system as he or she wishes.