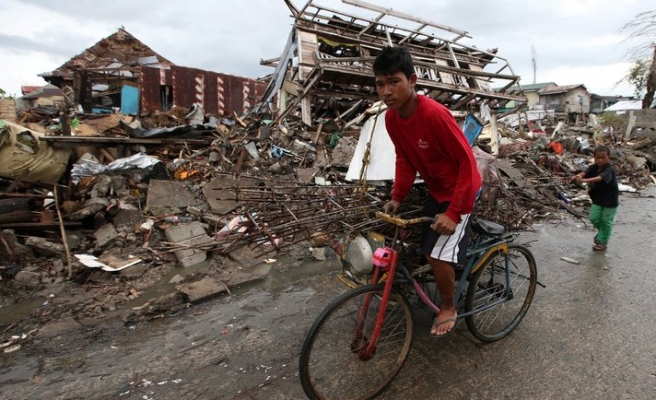 Islamic scholars have joined Philippine government officials in calling for the passage of a law aimed at sealing peace in the country’s conflict-ridden Muslim south, underlining that it would contribute to efforts aimed at curbing extremism.

“We believe that the proposed law that will create the ideal Bangsamoro autonomous region will lay down the foundation to neutralize violent extremism,” 25 scholars from Mindanao island said in a statement to Anadolu Agency on Friday.

If ratified, the BBL would create a new region to replace the existing Autonomous Region in Muslim Mindanao and bring much needed wealth to an area that is among the Philippines’ most underdeveloped due to a decades-old conflict that has left around 120,000 people – mostly civilians – dead.

The law’s expected passage has been delayed by at least ten months amid disagreements among lawmakers, who have less than ten full Senate session days remaining before adjourning for the general election in May.

“A genuine autonomy can be realized if the terms of the [2014] Comprehensive Agreement on the Bangsamoro are retained in the BBL,” stressed the scholars, adding that the desired Bangsamoro government would bring reconciliation and justice to the region while addressing poverty.

The religious leaders from southern and central Mindanao said that a peaceful situation would also interest many stakeholders in developing the Bangsamoro region.

They expressed alarm over recent extremism-related violence, condemning the “unjust killing of innocent civilians” in attacks in Paris, Istanbul and Jakarta, in which suspects linked to Daesh are believed to have been involved.

They also shared their concern that radical groups might be able to attract sympathizers in the Philippines, particularly among those who would be disappointed by the possible failure of the peace process.

The scholars called on Muslims in the archipelago to refrain from joining groups espousing “unjust killings or terrorism,” while urging lawmakers to help bring “just and lasting peace” through legislation ensuring “genuine autonomy” as promised under the constitution.

They committed to intensify their efforts in campaigning against the troubles facing the region – including criminal activities, drug-related problems and clan feuds – through their Friday prayer sermons, radio programs, lectures and other initiatives.
Calls for the passage of the BBL have been issued by several government officials in past days.

As the House of Representatives and Senate resumed session Monday, chief peace negotiator Prof. Miriam Coronel-Ferrer stressed that the 2014 deal and the BBL “are social justice measures, but from the global security perspective, these are also a containment measure against jihadist extremism.”

Her statement came less than a week after the presidential peace adviser, Teresita Quintos Deles, underlined the need for democracy to “devalue brute force and violence” and dialogue to “discredit extremism’s claim that there is no alternative to terror”.

Deles underlined that the peace process – if successful – would demonstrate that an Islamic movement can address its grievances and pursue its interests through a legitimate mode of democratic political engagement, while protecting Muslim culture and identity and maintaining a country’s territorial integrity and constitutional framework.

Lawmakers opposed to the BBL – led by Senator Ferdinand Marcos Jr., the son of Ferdinand Marcos who ruled the Philippines for 21 years – have also presented a substitute bill to Congress that includes amendments to around 80 percent of the original draft.