After lifting some restrictions on publications in June last year, the authorities on Monday extended press freedom to the remaining 80 political and six religious journals. 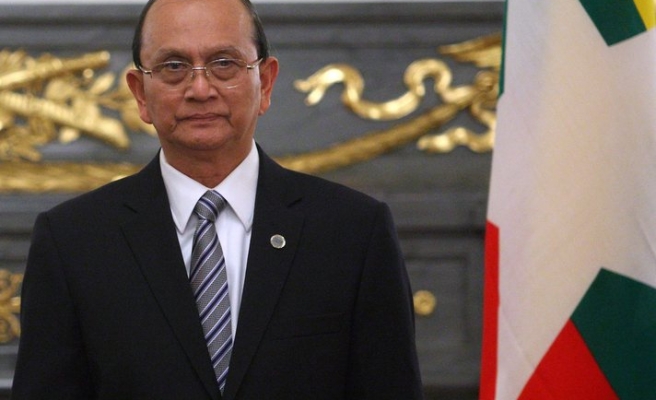 Myanmar abolished press censorship on Monday, the latest in a series of dramatic economic and political reforms by the quasi-civilian regime and one that carries risks for its ability to manage change.

The government's announcement marks a U-turn from the oppressive policies of the military that ran Myanmar for almost 50 years until March 2011. The junta's censors not only kept tight control over the media but monitored every song, cartoon, book and piece of art for subversive content.

After lifting some restrictions on publications in June last year, the authorities on Monday extended press freedom to the remaining 80 political and six religious journals.

"Any publication inside the country will not have to get prior permission from us before they are published, effective today," said Tint Swe, head of the press censorship board at the Ministry of Information.

He explained the move to editors and publishers at his department earlier on Monday.

"From now on, our department will just carry out registering publications for keeping them at the national archives and issuing a license to printers and publishers," he said.

However, privately run daily newspapers are still not permitted, leaving a monopoly to state-run newspapers that have changed little in style or substance since the military was in control.

Asked about the chance of private dailies being allowed to start up, Tint Swe said: "We can say it has become closer than before. It could happen after enacting the necessary media law."

Journalists welcomed the lifting of restrictions but some were worried their reports could still fall foul of various laws on the statute book.

"It's a big improvement on the past. I do welcome it but there will be more responsibilities on the editors since there are some existing laws under which action can be taken against journalists for their writing," said Wai Phyo, chief editor of the Weekly Eleven journal.

Zaw Htike, a senior reporter and secretary of the Myanmar Journalists Network, which has more than 200 members, had a similar view, and added that journalists would now have to take more responsibility for what they wrote.

"I believe we also need to promote a code of ethics among journalists," he said.