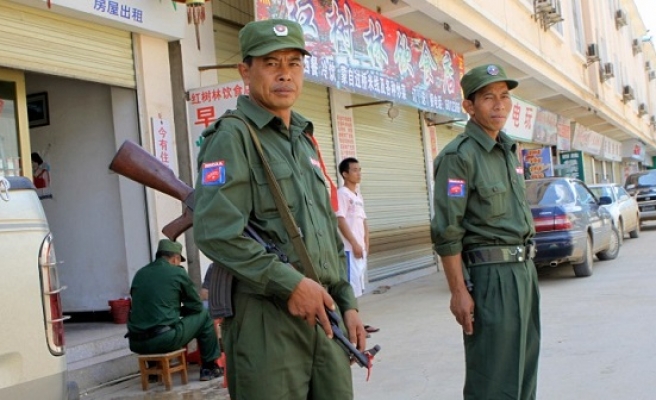 During a parade commemorating the annual Armed Forces Day in political capital Nay Pyi Taw, Senior General Min Aung Hlaing said the internal armed conflicts could derail the country from the democratic transition that started only five years ago.

“Weak obedience of law and armed rebellion are the two main barriers for our country to implement democracy successfully,” said Min Aung Hlaing.

“These will probably lead the country to a chaotic democracy,” he added.

The government and military of Myanmar celebrated Sunday the 71st Armed Forces Day -- a national holiday commemorating the beginning of the Burmese army's resistance against Japanese occupation in 1945.

Some government ministers who served as senior leaders of the former junta attended the parade in army uniform, and were subject to criticism.

The former military regime had ruled the country for five decades following the coup d'etat in 1962.

The outgoing quasi-civilian government led by President Thein Sein -- a former general -- had undertaken dramatic changes since taking power in 2011, marking the end of military rule in the country.

The deal had drawn criticism, however, since at least 13 groups -- including major rebels -- refused to sign it due to its exclusion of several parties.

One of his vice presidents, however, will be military-appointed Myint Swe, an ex-general widely believed to be a trusted confidant of retired military dictator Than Shwe, who ruled the country under an authoritarian system for decades.

Lawmakers chosen by the military will also hold 25 percent of seats in parliament.