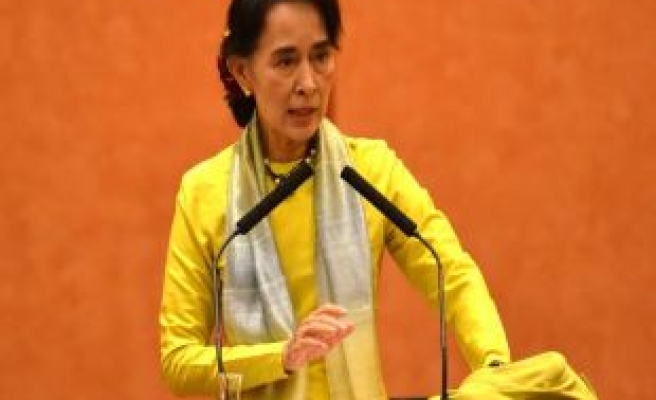 A court in Myanmar has jailed an army officer for two years because he signed a petition calling for constitutional reform, local media reported Saturday.

Major Kyaw Zwar Win was photographed earlier this year adding his signature to a statement calling for amendments to the country’s 2008 constitution, which guarantees unelected military officials a quarter of seats in parliament.

He was charged with disobeying a military order after the army issued a ban on anyone in its ranks from taking part in the debate over constitutional reform, Radio Free Asia reported.

No-one has been allowed to visit Kyaw Zwar Win in military prison since he was arrested in April and he was not allowed reading material, the station said on its website.

Officials in Pyin Oo Lwin in central Myanmar arrested the major after the photograph appeared online.

The National League for Democracy, led by Aung San Suu Kyi, said it collected more than five million signatures for the petition, which the party hopes will spur the government to make amendments before a general election next year.

The ballot is due to be the first free and fair election for decades. Myanmar languished under military rule until a nominally civilian government began a tentative reform process in 2011.

Sections of the 2008 constitution are considered a major barrier to reform because they allow the military to maintain its grip on the political process.

The military-drafted constitution gives generals an effective veto over constitutional changes because amendments require a majority of more than 75 percent.

Suu Kyi has made scrapping the military veto a campaign priority because it would pave the way for other constitutional changes, such as the clause that bans her from standing for the presidency due to her sons’ British nationality.