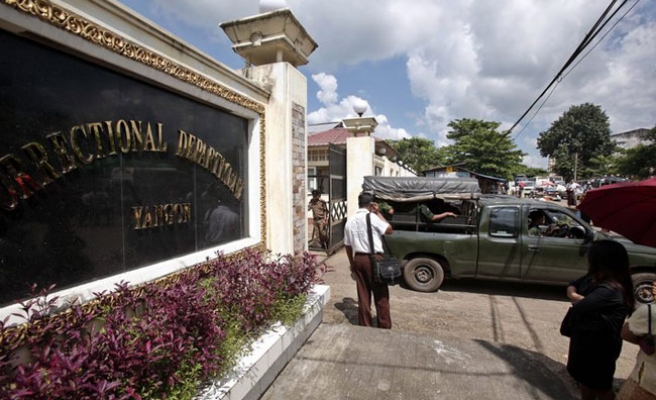 The Myanmar military's use of rape and sexual violence against ethnic minorities is still "systematic and widespread" almost four years after the military junta stepped aside, according to a report published Tuesday.

The Women's League of Burma called on the government to immediately withdraw troops from ethnic areas to safeguard women there and said women and rights activists face "harassment and persecution" from soldiers.

"The military is sending a clear message that it is willing to use violence and coercion against those brave enough to speak out about human rights abuses," Tin Tin Nyo, the group's general secretary, said.

President Thein Sein's government, which is largely made up of former generals, is trying to secure a nationwide ceasefire with more than a dozen ethnic groups before a landmark general election next year but negotiations have stalled.

The league’s report highlighted 118 cases of gang-rape, rape and attempted sexual assault by government troops, including in areas where ceasefires have been signed with local militias.

"This number is believed to be a fraction of the actual number of cases that have taken place," the report said, adding that the abuses may amount to war crimes and crimes against humanity.

But in recent weeks the military has faced increased scrutiny from observers who say it has remained "untouchable" despite democratic reforms.

Earlier this month academics from the Harvard Law School said they had gathered enough evidence to justify international arrest warrants for three senior military officials on charges of war crimes, though they stopped short of actually calling for arrests.

Last month it emerged that soldiers had killed a journalist in their custody, sparking international outrage and allegations of torture and murder.

Tin Tin Nyo said: "The government… has worked hard to show its reformist credentials to the world but for women in Burma’s ethnic communities, human rights abuses and sexual violence at the hands of the Burma Army remain a constant threat."

She added: “The Burma Army must be brought under civilian control and there must be a negotiated settlement to the civil war that will grant ethnic peoples equality under a genuine federal system of government. If these actions are not taken, state-sponsored sexual violence against women of ethnic communities will not stop.”

This has fuelled protests and separatist rebellions and military offensives against insurgents have uprooted tens of thousands of civilians.