Myanmar civilians warned to stay away as fighting rages 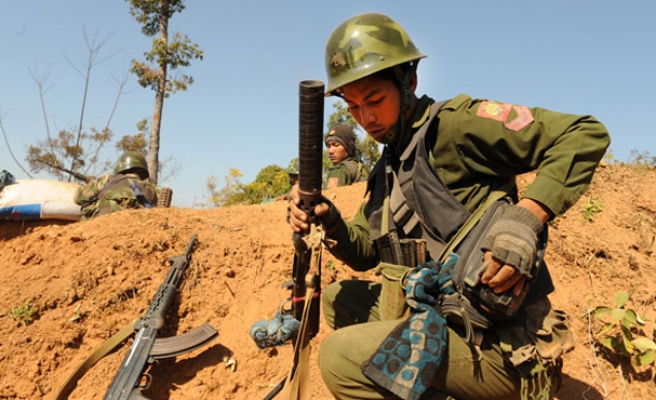 Ethnic rebels fighting government troops in Myanmar’s Kokang region have warned civilians not to return to their homes despite government efforts to send people back after tens of thousands fled, local media reported Thursday.

More than 30,000 people have crossed the border into China's Yunnan province since intense clashes broke out between the army and rebels on Feb. 9. Tens of thousands more are said to have been displaced inside Myanmar.

State media reported Tuesday that "stability has been restored" in the near-deserted town of Laukkai, the capital of Kokang, but rebels described the situation as "very dangerous" in a statement released Wednesday.

"The police and army continue to kill people who come back as they suspect them of being rebels," the Myanmar Nationalities Democratic Alliance Army said in a statement, according to the Irrawaddy news website.

Unconfirmed reports circulated on social media and supported by rebels said dozens of civilians had been killed in Laukkai.

Three convoys carrying civilians, including two operated by the Myanmar Red Cross, have also been attacked by unknown assailants in recent days. The army has accused rebels of being behind all three attacks but the insurgents deny responsibility.

The military-owned Myawaddy newspaper said Thursday that 1,314 civilians returned to Laukkai earlier this week, when local and state-controlled media reported that government soldiers had taken control of the town.

Outbreaks of violence have continued elsewhere in Kokang amid reports that the fighting had spread beyond the self-administered zone to other parts of Shan state.

President Thein Sein has placed Kokang under martial law and declared a state of emergency there.

Over 130 combatants from both sides have been reported killed though the rebels and the government have wrangled over certain casualty reports.